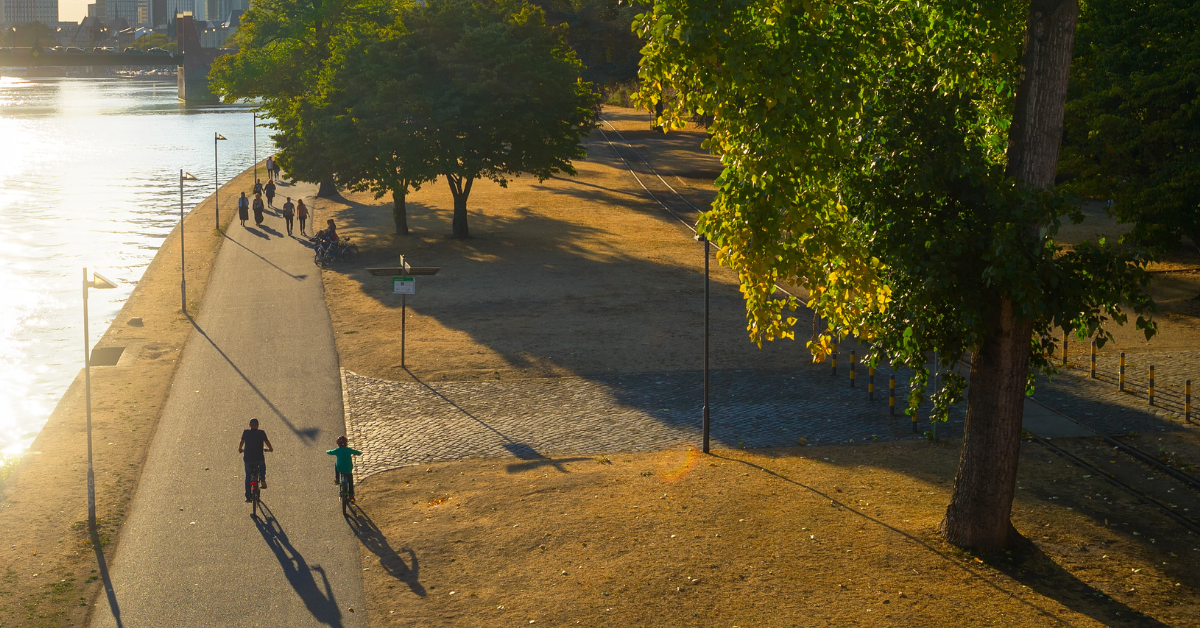 Accompanying others on their spiritual journeys
by Timothy Bowman | June 24, 2021

Megan Trishler is a pastor, spiritual director, and designer in Cincinnati, Ohio. She has a passion for walking with people on their spiritual journeys and in their process of bringing new ideas to life for the sake of communities. Accompaniment has played a large role in Megan’s life and work. After graduating from design school, Megan spent over a decade working with nonprofits and philanthropies doing community development work in rural and urban places. Since then, she has found strong parallels between her community development work and her call as a pastor and spiritual director.

As a community developer, Megan loved walking with people to promote flourishing in their neighborhoods, and she feels that spiritual direction has these same rhythms of accompaniment—helping others discover and be attentive to how God is moving in their lives and how they’re feeling called to respond to that. Although no longer formally in community development, spaces and spatial thinking are of particular interest to Megan. She “loves spaces where people can come together and find connection, with each other, with places, with God.”

A few years ago, Megan began to work through the question, “how does my faith matter to this work I feel called to do?” As she worked with change-makers in her city, she began to wonder about the why for them too. Why would someone want to do a project to help their community? What were their reasons? Soon, it became quite clear that for many, there was a connection between the landscape of one’s interior world and the change one desired to make in the physical world.

“The inner state of a person is going to impact what they shape and what they create. I’ve seen too many people not lead from a whole, healing, heartspace and cause significant damage in communities,” Megan says.

Another key question she deals with on a church level is, “How do we move from a group of people who share a particular belief to an active force of good in the world?” She believes there is a lot more creativity possible, and it starts with joining what God is already doing in the community. This is where some principles of spiritual direction are extremely helpful, with the basic practice of presence and listening being the starting point. She pointed out that our first response as churches is often to try and fix a problem when instead we ought to listen and discern what God is already doing and then join that work.

Megan shared an interesting way she has worked to integrate faith and spirituality with people who do not follow Jesus. She works with a group called the Urban Consulate, a cross-city network that hosts conversations and monthly dialogues with equitable city builders. Early on the team recognized that there are individuals in cities everywhere doing good, necessary work and burning out. So a year ago, Megan and her team began hosting a monthly, online contemplative space called Room to Notice. Megan describes it as a “remixed lectio divina.” Instead of scripture she uses poems and invites people to engage a text with their heart and not their head—while holding plenty of space for silence.

When asked if she had any advice for congregations discerning a new direction for their ministry and focus, Megan suggested we reframe our starting point. “Most people want to fix the problems fast, by their own strength, doing whatever it takes to make the pain of unfound solutions or unrealized pathways go away. When I get to that place, it’s my cue to stop, pause, listen, and ask, ‘What is God doing here?”

Holy God, thank you for those who keep their ears and hearts turned towards you. Thank you for those leaders who help us see with new eyes what you’re doing in the world. We are so quick to take surface-level actions; help us to listen and listen for as long as it takes. Bless the work of spiritual directors, community developers, and all those who seek to join in your on-going creative work. Amen.