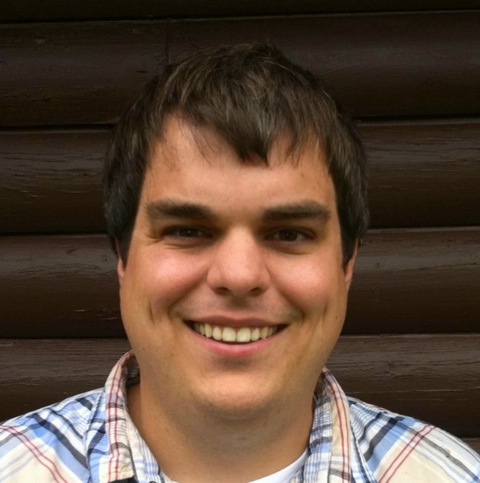 Youth Ministry and the Rise of the “Nones”

By Derek Tronsgard Earlier this month the Christian blogosphere exploded when news came from the Pew Research foundation stating that the fastest growing religion in America is, in fact, “no religion”.  This self-identifying group of the “nones” are young (18-29), uninterested in joining a church (even after kids!), and evenly distributed between men & women, economic backgrounds, educational backgrounds, and even
by Faith+Lead | October 18, 2012

Earlier this month the Christian blogosphere exploded when news came from the Pew Research foundation stating that the fastest growing religion in America is, in fact, “no religion”.  This self-identifying group of the “nones” are young (18-29), uninterested in joining a church (even after kids!), and evenly distributed between men & women, economic backgrounds, educational backgrounds, and even –  to some extent –  ethnic backgrounds.

If you read ministry blogs & follow Twitter, chances are you’ve seen the responses to this survey. Here’s our FirstThird response by Nancy Going. And you’ve probably seen the frantic attempts to put spin on the data, too.  Liberal leaning blogs and posts, for example, cite the survey and decry judgmental & strict fundamentalism as the root cause of the decline.  More conservative sites, on the other hand, are blaming moral relativism, the decline of Bible-based preaching, and cultural assimilation as the main problem.

According to the research, age matters.

So what changed in the religious landscape from the time of the Boomers to the Millennials?

It certainly wasn’t the rise of fundamentalism or liberalism.  The churches and members of the older generations saw the divisions and debates like the Scopes Monkey Trial, McCarthyism and the fear of Communism, and the cultural revolution of the 1960s.  The debate between conservative churches and liberal churches has been going on since the beginning.

So what was it, then?  What did I have in my religious life that my grandma didn’t?

As much as it pains me to say, the answer could be……..youth ministry.

Think about it.  The meteoric rise of youth ministry has mainly occurred within the last 20-30 years (beginning in the late 60s with the early GenXers & continuing on with the millennials).  Before the 1960s, ministry specifically aimed at the first-third of life ended after Sunday School & Confirmation.  In the Protestant & Catholic tradition, once you were confirmed, you were a bonafide member of the church.  But as American culture began to embrace the idea of the teenager, so did the Church, and youth ministry as we know it was born.

In the very early days, youth ministry was a mom-and-pop industry with a handful of youth-ministry books featuring games and clip-art. Today, youth ministry has grown into a multi-million dollar industry featuring publishing houses, conferences, rock bands, and even youth ministry celebrities. No other recent trend in American Christianity has had as much influence on church staffing, organization, worship, evangelism, and even theology.  And in the light of shrinking attendance (the nones!) and in the hope that youth represent our future, Youth Ministry itself has become the measuring stick of “thriving” congregations and “dying” ones.

But some experts will argue that youth that youth ministry has taken faith-development out of the hands of parents (the most effective & important people in that process!) and placed it in the hands of ill-equipped staff members.

And other experts will also tell you that youth ministry – especially the youth room! –  has fractured churches.  What used to be a multi-generational worshipping community has now become a fragmented family where adults in the Sanctuary don’t make significant relationships with youth in the youth room.

If you ask me, I’d say it’s a mixed bag.  Like anything else in life, the issue is complicated.  Youth Ministry has done incredible things for the sake of the Gospel and not so incredible things.  (That sounds a lot like the Church itself, doesn’t it?)

On the other hand, I don’t think its coincidence that the rise of the “nones” has coincided with the rise and prevalence of youth ministry.  Something is rotten in the state of the youth room, and we’ll need all of the leadership, vision, and theological imagination we can muster to sort it out.

What I do know is that there is good news in all of this.  When the Pew Research foundation asked what the “nones” believed about God, the vast majority of them (over 80%) said that they “never doubted the existence of God”. The belief is there.  The nones simply see no reason to be involved in the life of a congregation or organized religion.

So they never want to be a part of our churches?  Why is that good news?

It’s good news because to me it points to the fact that the Holy Spirit is up to something.  God has broken out of our church walls and is reaching a generation that we as the Church haven’t.

So how do we fix the sinking ship?   Maybe we are too judgmental & fundamental.  Maybe we are too wishy-washy and have lost the unique distinction of the Gospel.  Maybe youth ministry has fractured the church.  My hunch is that there are a myriad of reasons that we’re cauterizing the younger generations from the Body of Christ.

But this is what ministry now looks like.  Our calling is clear.

So what do we do about it?