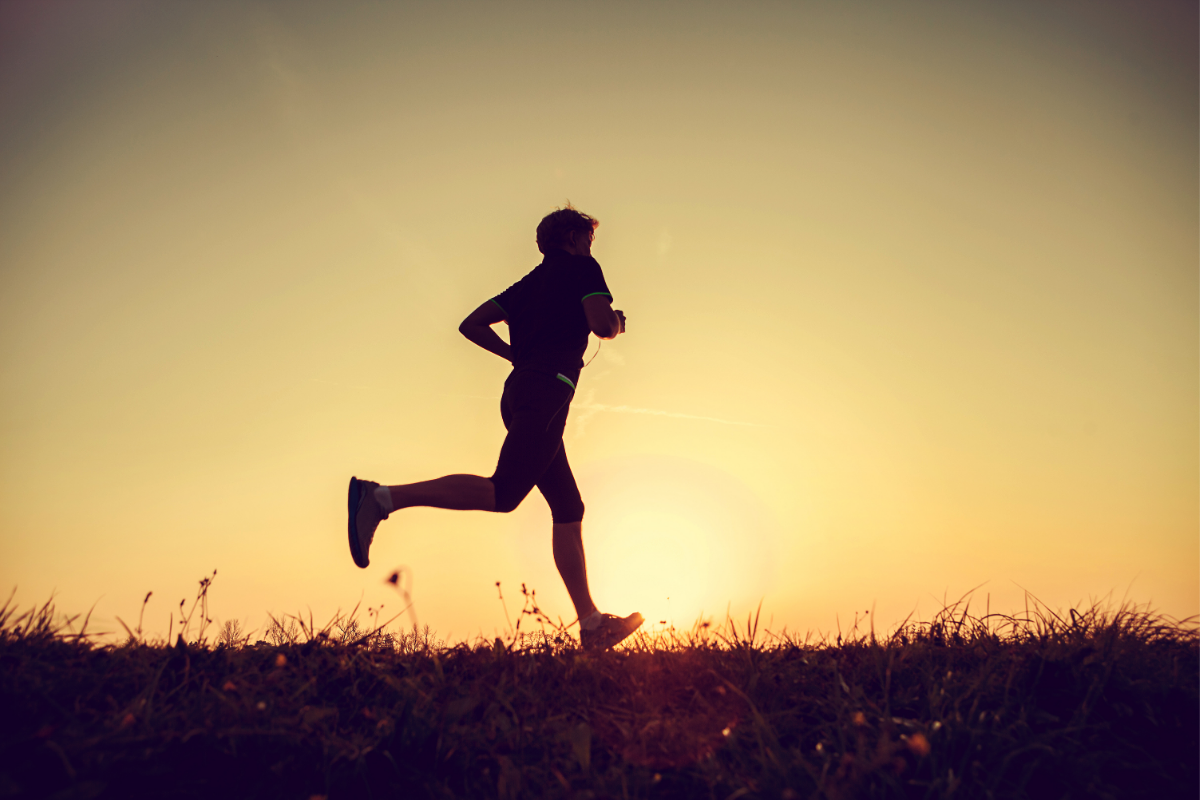 Who We Are Matters to Our Ministry

Identity matters for the pastor and each person in church
by Faith+Lead | August 26, 2020

It’s a question I’ve grown used to, if even begrudgingly so, over the course of my life. No, the person isn’t asking what my profession is (pastor), what my hobby is (marathoner), or what my sports allegiances are, (there are many, but Go Canes!). No, the person is inevitably asking me what race I am.

“What are you?” is a question that many of us that are sometimes labeled as “racially ambiguous” are often asked.

While there are many less than gracious responses I’d love to offer those asking, I’ve learned that it is just easier to answer the question. So, in most cases, I respond by saying, “I’m bi-racial. My father is Black and my mother is White.” Identifying as bi-racial allows me, at least in my own mind, to honor both of my parents and their respective cultures.

The reality is that while I can identify myself as bi-racial, the world identifies me as a Black man no matter how ambiguous my race might seem. They see brown skin and curly hair and therefore they see a Black man. I see the stares. I experience the murmurs. My gut clenches too when I pass a police cruiser.

In the past several months, I’ve embraced how identity has helped to make me the person and pastor I am in ways I perhaps hadn’t done as fully and openly previously, specifically with the congregation I help lead and serve, Park Hill United Methodist Church in Denver, CO.

The week that the footage of Ahmaud Arbery’s killing was released, I wrote a letter to my congregation. In it, I expressed the pain, fear, and anger that I was feeling and feel as a bi-racial man, a Black man, a person of color. As a marathoner, I wrote about the preparations I have to do before I go out for a run and what I have to do while I’m running to make sure I stay safe; to make sure I come back from my run. I shared that I can just as easily be Ahmaud Arbery. When I’m out running, no one knows that I’m a pastor, that my mother is White, what degrees I’ve earned, or the community boards I serve. Nope. When I’m running and frankly in most situations, people see either a man they can’t identify racially or they see a Black man.

Park Hill UMC where I serve prides itself on our diversity and inclusivity. We are a church comprised of people from all different types of backgrounds including a large Black population. As such, I knew that I had to say something; that I had to share from who I am, however I might identify, after Ahmaud Arbery’s killing. My Black parishioners and other parishioners of color needed to know that I was feeling many of the same things they were; to know that their fear and anger is okay. They needed to know that I can relate to them and them to me. My White parishioners needed to hear my response as their pastor. They needed to get a glimpse of what my life is like, what the lives of their friends and fellow Park Hillers are like. For me, not to have shared would have been irresponsible and harmful in that moment.

Then I shared again after Breonna Taylor’s death. Again after George Floyd’s. Again as Elijah McClain’s story finally began to be told.

And yes, I’m currently discerning and praying over what the best response from me will be this week after the shooting of Jacob Blake.

I would love to not have to share these experiences from my identity. I want police brutality and white supremacy to end so that Black people and all people of color can go about our everyday lives and activities without fear. I want us to know and experience that we are created in the image of God.

It is also easier and tempting sometimes to “just stick to the text.” Sometimes preaching and teaching about the inter-workings of the Trinity, or salvation, or some other theological concept or Biblical passage seems easier than sharing how who you are and what you have experienced relates to a particular scripture or theological idea. Indeed, some feel strongly that those of us who preach, teach, or lead congregations really should take ourselves out of the equation and just talk about the Bible, Jesus, or perhaps church history.

I must admit though, I’ve never belonged to that school of thought.

I’m certainly not Jesus or Paul, but they do a whole lot of talking about themselves in the New Testament as they are trying to explain who God is and how to follow God. The Gospel of John is riddled with Jesus starting sentences with “I am.” Those “I am” statements are some of our most treasured images of who Jesus is: the bread of life, the good shepherd, etc. Paul often explains in his epistles to the early church who he is and why that matters for the people hearing his words.

Who You Are Matters

The image of the Body of Christ is one of the most important theological ideas the New Testament offers. In several different epistles, Paul encourages early Christians to remember that they are a part of something bigger than themselves. He encourages them to remember that the larger body of Christ needs each of them individually to be the part of it God has created them to be. We often describe this as using our spiritual gifts. Every gift, every person, is needed.

The particularity of Jesus provides another example of this. Jesus came, lived, taught, love, died, and rose in a particular place at a particular time as a particular person. His identify as a Jewish man in the first century from a humble upbringing who later became a rabbi is critical in revealing who God is and how God works in the world. God could have come as any type of person, in any place, at any time. Yet God was incarnated as Jesus. Jesus’ identity matters. From this identity he chose to be the Word in the flesh.

So again, your identity matters. Your story matters.

As a leader, be willing to lead and share from your story so that you set the example. Doing so gives permission for others to do the same. It shows people how their story fits into The Story.

Park Hill UMC’s story and identity has been about advocating for racial reconciliation, interfaith partership, full LGBQTIA+ inclusion, and immigration rights. It was doing this work long before I wrote my letter in response to Ahmaud Arbery’s killing.

However, many Park Hillers who read that letter would say that it has served as a sort of tipping point for our church.

Act From Who You Are

I shared recently in a sermon how proud I was to be one of the pastors of Park Hill UMC. Specifically, I shared that a recent prayer vigil to stand in solidarity with Brittany Gilliam and her family was one of the proudest moments in my career as a pastor so far. The vigil was organized by an older White women who is part of one of our prayer groups. Brittany Gilliam’s family was pulled over mistakenly in a nearby Denver suburb then placed on the ground in the middle of a parking lot. Some of her family, including children, were handcuffed. The Gilliam family is black.

When the organizer opened the prayer vigil for the forty or so of us that gathered a little over a week later in that same parking lot, she said something along the lines of, “As a grandmother, I couldn’t stand to see children placed on the ground and some in handcuffs. I had to do something. I know some of you other grandmas feel the same. That’s why you’re here.”

You see what she did there, right?

She led from who she is and how she and others identify her. She shared her story. You can, you must do the same.

Furthermore, in our conversations leading up to the event, she reached out to me. She shared something to the effect of, “Nathan, I knew you’d want us to do this because this is how you have led us.”

I shared and will continue to share who I am even when it’d be easier not to, because it matters.

Since my letter, in addition to this laity-led prayer vigil, Park Hillers have taken other bold steps to lead from who they and we are specifically as it relates to racial reconciliation and justice. A new Race, Church, and Society Discussion and Action group meets monthly. About 200 Black Lives Matters yard signs have been sold through our church helping to raise funds for additional anti-racism work we will lead and offer our church community and beyond. Additionally, on Mondays at noon, members of Park Hill, the Jewish synagogue we share a building with, and the larger community have been gathering and ringing handbells for eight minutes and forty-six seconds in honor of George Floyd. Finally, on Thursday mornings members of our youth group have been playing a small strings concert on our front lawn in memory and honor of Elijah McClain.

Our larger community is noticing what we are doing too. Our various actions have been covered by local media and by our larger denomination. So many BLM signs have been sold that I’ve been identified in the larger community as “the pastor of the church selling BLM signs.” We don’t do this for attention or likes on social media. We do this because this is who we are and what we believe God calls us to do.

I’m not foolish or arrogant enough to say what has happened around racial reconciliation in the past several months is a result of me being willing to share from who I am, but I’m also not foolish enough or so humble to say that it didn’t and doesn’t make a difference either. It certainly is a balancing act to share who we are while making sure the work we do doesn’t become about us. It must always, ultimately, be about connecting people to God’s love through Jesus.

And so, it is also true for you and your faith community. Your identity matters.

How would your ministry setting be different if you weren’t there? How is it different because you are?

Indeed, I’m a bi-racial person, a Black man, a person of color, who is a pastor who runs marathons and loves the Miami Hurricanes. My congregation knows that and is better because of it.

Does your congregation know who you are? I hope so. If not, let them know so that they can let you and your community know who they are too and ultimately who God is.

About the Author
The Rev. Nathan Adams is the Lead Pastor at Park Hill UMC in Denver, CO where he loves helping his congregation walk the talk of inclusion, social justice, and God’s radical love. He is an avid sports fan and marathoner, loves being involved and serving the Denver metro community, and spending time exploring the great outdoors with his wife.