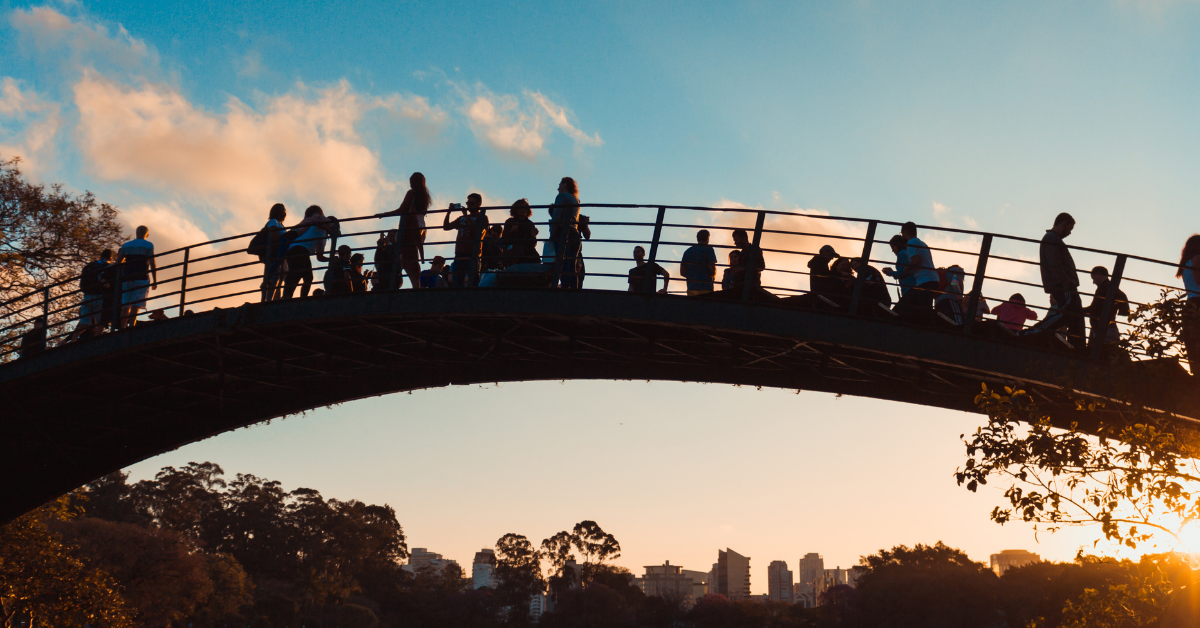 The Priesthood of All Bridge-Builders

Science can help us connect with people outside the church
by Faith+Lead | June 22, 2021

This post originally appeared on Science for the Church and is republished here with permission.

Can the pope’s title help us understand how to bring together faith and science?

Yes—the pope is often called pontifex maximus, which in Latin means, appropriately enough, the “greatest priest.” The title originated in the pagan Roman empire starting in the 3rd century BC. But then, in the 15th century (and here, full disclosure, I’m leaning on Wikipedia), the Renaissance revived an interest in ancient Rome, and in 1453, pontifex maximus became a regular title of honor for the holder of the papal office.

And here’s how this fact answers my opening question: The root meaning of pontifex maximus is “the great bridge builder.” And it’s an image that works beautifully: the job of the Pope, like any priest, is to bring a bridge between God and humankind.

To put it mildly, Martin Luther and Pope Leo X didn’t get along very well, at least partly because Luther extended the priestly role to include all Christians. (Well, and that Luther called the Leo “the Antichrist” and the Pope wanted to kill Luther…) In Scripture (Romans 12:4, 1 Corinthians 12:12, and especially 1 Peter 2:9), Luther read that we are “a royal priesthood.” Thus, as we usually hear it, he spoke of the “priesthood of all believers.”

In other words, all Christ-followers are priests and therefore bridge builders between God and the people around us.

Luther wrote, “There is really no difference between laymen and priests, princes and bishops, ‘spirituals’ and ‘temporals,’ as they call them, except that of office and work….” He particularly disliked the secular/sacred dichotomy. “Those who are now called ‘spiritual’—priests, bishops or popes—are neither different from other Christians nor superior to them, except that they are charged with the administration of the Word of God and the sacraments, which is their work and office….”

He then arrives at the payoff, “A cobbler, a smith, a farmer, a quantum physicist, an evolutionary biologist, each has the work and office of his trade, and yet they are all alike consecrated priests and bishops, and everyone by means of his own work or office must benefit and serve every other, that in this way many kinds of work may be done for the bodily and spiritual welfare of the community, even as all the members of the body serve one another.”

Did Luther really say, “quantum physicist” and “an evolutionary biologist”? No, I added those, but I think you get the point. Scientists’ work is as holy as any other priests’.

Scientific Priests on a Mission from God

As an adult convert to Christ (if indeed I was fully adult at 18), I’m convinced that all theology is mission (to use a phrase I hear frequently). Why? Because God is always seeking us (the root meaning of mission) to heal the world (or in Hebrew, the tikkun olam). I’m convinced this priesthood of bridge builders has profound implications that build on—yes, pun intended—the past two newsletters. Here I want to emphasize that, if you are a scientist called by Christ, you are in mission from God to care for this world.

Because I teach undergraduates at Chico State University, statistics about emerging adults, like the one that follows, have names and faces and histories: 35% of emerging adults are not affiliating with any religious tradition, and for the vast majority of Americans that means leaving, or never entering, the doors of a Christian congregation. And it’s not just emerging adults—25% of all Americans are unaffiliated with a congregation, and rejecting science is regularly cited as one critical factor.

From the Barna research group, and from interviews our team and I have done, there are two reasons (out of six total) that emerging adults have left the doors of our congregations and aren’t coming back: they perceive that the church thinks it has all the answers and is “antagonistic to science.”

We need Christians whom God has called to science and technology to be bridge builders with those who have left the church and who believe that science is one huge roadblock to faith. Scientists can do this with particular clarity and nuance in our world. We need the priesthood of scientists to bring God’s love in action. Scientists play key roles in healing the sick, providing food for the hungry, and building shelter for the stranger. They create the technologies, medical therapies, and energy solutions that improve life for the Earth’s 7.8 billion people.

Since you, the scientists in congregations, are part of the “priesthood of all believers,” God is calling you to build bridges between the Good News of Jesus and our scientifically and technologically infused world.

Join Greg Cootsona for a course on how science and faith can work together to encourage spiritual growth.

About the Author
Dr. Greg Cootsona is a speaker and writer. He teaches religion, humanities, and philosophy at California State University, Chico. Greg also currently co-directs Science for the Church, a project designed to bring science to Christian congregations as a resource for spiritual growth. His most recent books are Negotiating Science and Religion in America: Past, Present, and Future (Routledge, 2020) and Mere Science and Christian Faith: Bridging the Divide with Emerging Adults (InterVarsity, 2018). Greg holds a B.A. from  U.C. Berkeley and an M.Div from Princeton Theological Seminary. He studied the philosophy of religion, Christian doctrine, and science and religion through the Universities of Tübingen and Heidelberg and Berkeley’s Graduate Theological Union (where he received his Ph.D.). He has appeared on the Today Show and has been interviewed by media groups such as CNN, the Wall Street Journal, and  the BBC. He and his wife, Laura, live in Chico, California, and have two  adult daughters.