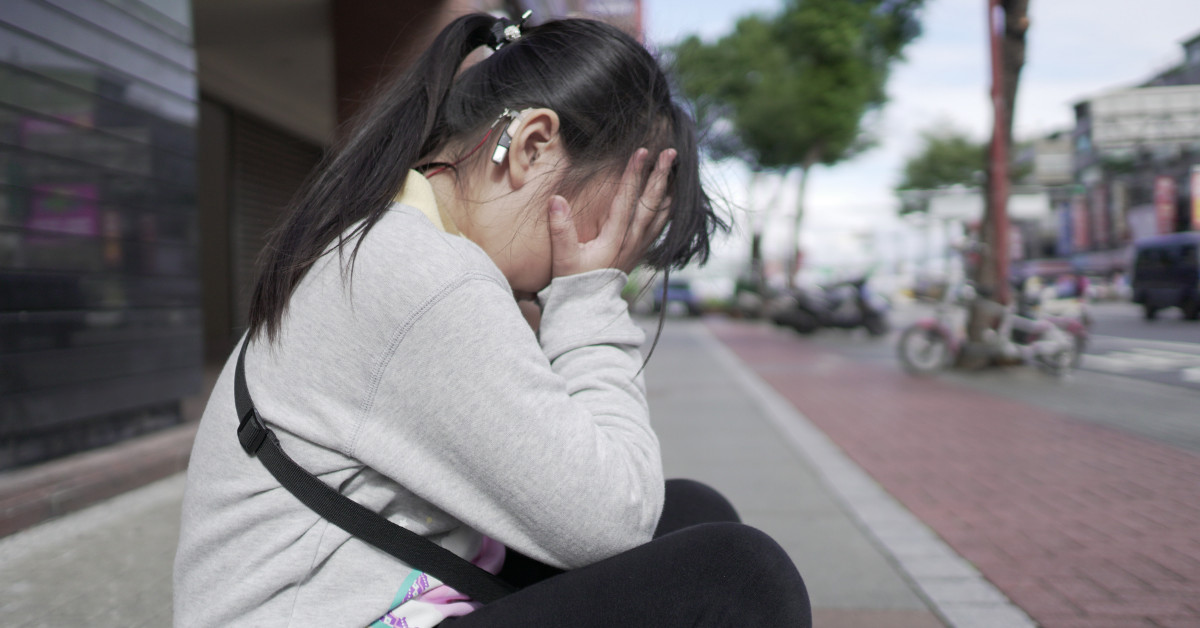 The Most Profound Religious Question I’ve Ever Been Asked

I loved my seminary classes. When a professor would begin the lecture with prayer and then say, “open your Bibles to…,” it felt like God loved me best.

The social context of seminary, however, was different, partly because I was different. Twice divorced, not interested in pulpit ministry, and mostly focused on the content I could add to my ministry tool chest, I deep-dived in the data pools that fed my mission.

And the “Clinical and Theological Exploration of Guilt and Shame.”

And the “Ethics and Theology of Dr. Martin Luther King, Jr.”

And so much more.

Every class, guest lecture, and chapel gathering was part of a spiritual formation, preparing students for leadership in the faith of Jesus Christ. But a funny thing happened on the way to clergy-vetting: I was immersed in the  American Christian subculture.

Stealing, lying, and cyber-spying dotted my social experiences in seminary, followed by half-baked excuses of being “misunderstood”—not sorry, but misunderstood—when the person lying was caught and confronted. I’d had my fill of the Christianese spin on their hatefulness. One day, a student colleague doubled down on their madness. I decided it was time to mess up their whole life—religious community standards thrown aside!

I’d learned early how ineffective the seminary administrators were when a fellow student stalked me. Fortunately, I also had family members monitoring campus life and promising to show up as soon as I called. This situation felt urgent. It was time to place that call.

But first, I checked in with my friend and neighbor Kristen. Kristen was a third-year theology student who lived down the hall from me. She was studying to become a therapist. Kristen had traveled the world having ‘adventures with Jesus, some of which were so scary that  whenever I’d get in her car, I’d pray aloud, “No Kristen Adventures! Amen.”

I stormed down the hall to her unit. When she opened the door, I didn’t bother with common courtesies like, “Are you busy? Is this a good time?” Nah. I immediately went into the current debacle. Her unit was a tiny studio apartment with a bed, desk and two papasan chairs facing each other.

I folded my legs underneath my bottom and meticulously broke down every jot and tittle  of the latest drama. She stood at the stove, steeping two cups of hot tea, nodding her head, laughing at my bawdy language, attentive to every detail.

She handed me a cup of aromatic tea. I wondered what part of the world I was sipping.  She sat facing me in the other papasan. By then, I’d poured out every sordid detail. The only thing left for me to do was figure out what dirty deed I would commit in kind, and which repentance prayer I would pray afterward. (I had about eight prayers on tap.)

Then Kristen asked me something that upended my whole life. It is the most profound  religious question I’ve ever been asked. Pensively, she said,

“What would it look like for you to turn this experience into a worship-filled moment to God and tick off the devil at the same time?”

I sat at full attention, awaiting her response. Finally, I said, “I don’t know. What’s the  answer?” Chuckling, she replied, “I don’t know either. Go pray about it.”

Annoyed yet intrigued, I chided her about giving me more work to do. But I was  fascinated by the idea that a course of action existed that could be a worship-filled  moment to God and simultaneously tick off the devil.

Before I went to sleep that night, I knelt bed-side and asked for the answer. I woke up early the next morning still awaiting an answer (and no longer thinking about how close I could get to committing a felony without going to jail if I’m caught). At daybreak, the streets of Pasadena were empty and the campus is still. I walked to the prayer garden and plopped down on the top tier of the stone steps facing the mosaic cross. Nothing else mattered to me at that moment except the answer to the question Kristen had posed a few hours earlier.

I lifted my eyes and hands, and asked, “How do I bring you glory in this situation and  tick off the devil at the same time?”

Then it hit me.

A few years ago, WWJD bracelets were all the rage. In every situation, people wondered, “What Would Jesus Do?” I couldn’t always co-sign on doing what Jesus did. Like, if I walk into a church and turn over the table that holds the offering, the response I’d get would not be a giant hug from the pastor. WWJD was inadequate. I was facing a person whose mission was my demise. They were  my enemy, actively conspiring to destroy my education.

This moment wasn’t a WWJD moment. Instead, I pondered WDJS—What Did Jesus Say?

In labeling them my enemy, all of sudden I had clear marching orders. “Love and pray for them,” I whispered.

And that’s what I did. I called the names of every person involved. I blessed them. I  confessed that I only saw “as through a glass dimly lit,” and that God has full sight. I  thanked God for the good works prepared in advance for them to do.

Then I experienced another epiphany. By not trading evil for evil (and repenting later), I  had disrupted one of the enemy’s best strategies—getting us to fight each other and to  cherry-pick Jesus’ directives.

Inside the prayer garden, I curled my body into a ball, wailing, and resolved to follow WDJS. “When I consider the heavens, the work of your fingers, the moon and stars, which you have ordained, who am I that you are mindful of me? That you hear my prayer request and answer me?”

I flooded that space with prayers of blessing for every person who had ever hurt me. I  blessed them all by name. As a result, I was immersed in the sweet mystery of peace and blessed assurance that everything was working out. I had unlocked a box of treasures that would serve me well as a minister.

My tool chest runneth over.

Since that moment, I’m careful to make every hard situation a worship-filled opportunity  to God and serve up “L’s” to the losses column of the enemy of my peace and the enemy of our collective well-being.

We need each other. But until we all come to a place of acknowledging that, I encourage the willing workers to practice mustard seed-actions. After you’ve cussed and clowned in safe spaces (a very important step—don’t skip it), do small things to signal to the cosmos that you choose to not return evil for evil.

Choose to fight evil with love and prayer. Even at a distance, it’s a holy choice that glorifies God and says to the enemy, “not today, Satan! Take an L.”

Want to learn more about releasing attitudes of guilt and shame? Join Alexus Rhone for Guilt, Shame and Storytelling.

About the Author
Alexus Rhone (affectionately known as “Lex”) is a writer, producer, artistic theologian and “revolutionary artist” devoted to candidly exploring the power of truth when ‘dressed’ in story. Founder of Truth Meet Story, LLC, Lex holds a Master of Arts in Theology from Fuller Theological Seminary in Pasadena, California, and a Bachelor of Journalism/Public Relations degree from the University of Texas at Austin. Lex is the host of the weekly faith and adult-storytelling series “Jesus, Jazz & Dessert Wine@Vespers”, and currently resides in Raleigh, North Carolina.