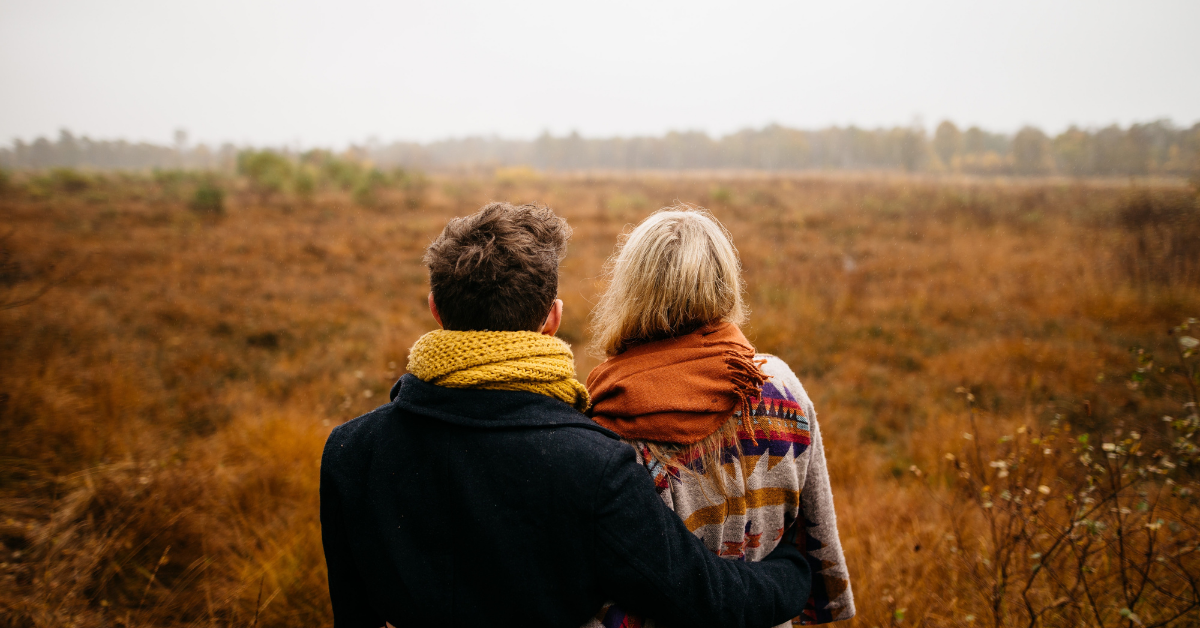 The Clergy Couple: How Can It Work?

One Couple’s Perspective on What It Takes
by Faith+Lead | December 15, 2021

By Emily and Joel Rova-Hegener

Joel and I met when we were studying Hebrew at Luther Seminary. It is fair to say we didn’t study Hebrew all that much but had far more fun talking and getting to know each other. Our friendship led from one thing to another and soon, by the end of my second year, just as I was getting ready for internship, we discussed whether we should start dating. We wanted to, but after a hard conversation we decided we couldn’t.

I remember we were sitting on a bench outside of Bockman Hall and Joel said, “How can we date? You’re going off to Hawaii for your internship, and I’m still here at seminary. If we decided to get married, well …then we would both be pastors and that would be too much. How would that even work? If we had children, how could we be good parents? We would probably never serve together, right?”

I wasn’t really satisfied with that answer. What if we didn’t try?

A few days later, he came around. A couple of months later, he drove with me to California, where I left my car and got on an airplane for a year-long internship on Oahu. By Thanksgiving, we were engaged and a little over a year later, we were married, at Luther Seminary. We would have to learn about becoming ministry partners.

We did Clinical Pastoral Education at separate sites, then I graduated, and Joel started his internship. Then Joel graduated. At the end of all that, we were finally on the same timeline, so we put our location requests in for first call. We ended up as associate pastors in northern Minnesota at two separate congregations in the same town.

“How was this clergy couple thing going to work?” we wondered.

With that question in mind, we tried to figure out how to be pastors and spouses. Slowly, we navigated how to listen, support, love and encourage each other in our new places of service. The hardest part was that we never had the opportunity to worship in each other’s congregations. We were only present for each other at our installations.

Most of the time when we saw people in public who recognized us as their new pastors, we’d look at each other questioningly and ask later, “Whose congregation do they belong to?” During that first call, being in separate congregations taught us how to be associate pastors and that was important. We grew personally and professionally, learning from our senior pastors and staff. We tried hard not to bring our work home, but it was nearly impossible as we shared about our days, reflected on the differences and similarities in our congregations, and dealt with the ups and downs of daily life.

As time went along, people would ask, “Do you think the two of you could work together?” and we would always answer, “Probably not. It would be really hard. We’re not really sure how that would work.”

And yet, there was the possibility that maybe one day, we would work together. Soon enough we did.

Our second call was in Silverdale, Washington, where we served as co-associate pastors in a large congregation. The best part was being together, worshipping each Sunday, being on staff, planning programmatic events, and sharing life in the same space as ministry partners. We soon discovered that we were different enough and our gifts and weaknesses balanced us out.  It seemed to work.

Due to unseen circumstances, after three years, Joel and I discerned we needed to return to Minnesota with our two small children. A church on the Iron Range needed two pastors. They were open to a co-pastor possibility and our experience led us to live into that call, as we served them like two parents. Knowing each other well was the key to our marriage and the glue which held us together as the congregation tried to figure out how to see us as “equals”.  Because we were so different in our style of preaching and teaching, we were able to reach a wide spectrum of people.

What we found was that it worked. It not only worked, but it worked well. (Maybe not always. Just ask the former secretary. There were a few staff meetings between the three of us, where I am sure she wondered if we were going to stay married.)  Overall, we found that we had good chemistry. We loved our congregation, they became our family and we raised our children in this community for a portion of their youth. With each passing year, we learned more and more, adding to the depth of our marriage, family and careers, as a clergy couple.

Emily and I have spent twelve years of ministry working together in the same congregation, three as co-associates out West on the Puget Sound, and nine as co-pastors up in the Northwoods of Minnesota.

As Emily shared, we were not so sure that it was something we could do or would want to do. Yet, when the opportunity arose and God’s call was leading us to that reality, we did it and we learned to love it.

Now, I am not sure if it would have worked so well in a first call situation because we each needed to “get our feet wet” in pastoral ministry. When we started working together, we did so as associates under a wise and caring senior pastor who helped us navigate the “seas” of co-pastoring. Yet, it was not until our third calls that the fun really began.

As we were both invited to interview at the church in Northern Minnesota, we discussed how to answer if they wanted to know who would be the lead pastor. We did not want to declare either of us as the senior and the other as the associate.  Thankfully the assistant to the bishop who was working with us said, “You can be co-pastors.”

We had never heard of that option, but he explained it to us, as he did to our future congregation’s call committee. “You don’t declare one parent to be senior and the other to be associate.  Rather you figure out who is gifted in which areas of ministry, and you share in leadership.”

We loved the idea!

The most important aspect of good co-pastoring and/or just working together as a married couple is this: do not let your egos get in the way.  Hopefully, you do not let that happen in your marriage either. Thankfully, Emily and I had been married awhile by the time we co-led our Iron Range congregation as a  clergy couple. We were comfortable with who we were as a married couple, as well as who we each were as pastors. Our goal was to succeed together.

The second nugget of wisdom that I learned is to use the strengths of your marriage as you co-pastor and/or lead within your church together. We have different skills, strengths, and interests from one another, with a few that are similar. This reality could be seen in my leading the confirmation youth and Emily guiding Family and Sunday School Ministries. I worked with the council more than her, but her visioning helped us find new and creative opportunities to share the Gospel. We shared the preaching almost equally, for which our parishioners were thankful since some favored one’s style over the other’s.

Last of all, but most importantly, we made our children the priority in our scheduling. The congregation was a great help to us with this, understanding that our entire family’s well-being would create the best pastoral ministry for them in the end. Our children rarely got the short end of the stick, always having a parent there for them in their lives, as the congregation always had a pastor available too.

The years of co-pastoring were wonderful, and an experience that we would like to share again in the future—God willing.

There are many possibilities to serve as ministry partners in the church, in both lay and clergy positions. The most important discoveries we’ve made along the way were: communicate as much as possible, grace each other every day, pray with and for one another laugh a lot, and have fun!

About the Authors
Emily and Joel Rova-Hegener are both pastors in the ELCA. Pastor Emily is currently on-leave from call and Pastor Joel serves as an associate pastor at Our Savior’s Lutheran Church in Hastings, Minnesota. They have two teenage sons, who have been a part of their parents’ congregations as long as they can remember. Their church families (over their years of pastoral ministry) have loved, encouraged, supported, and walked alongside them throughout their years. Pastors Emily and Joel are always growing in new ways and seek new opportunities to work together, both in and out of the church.