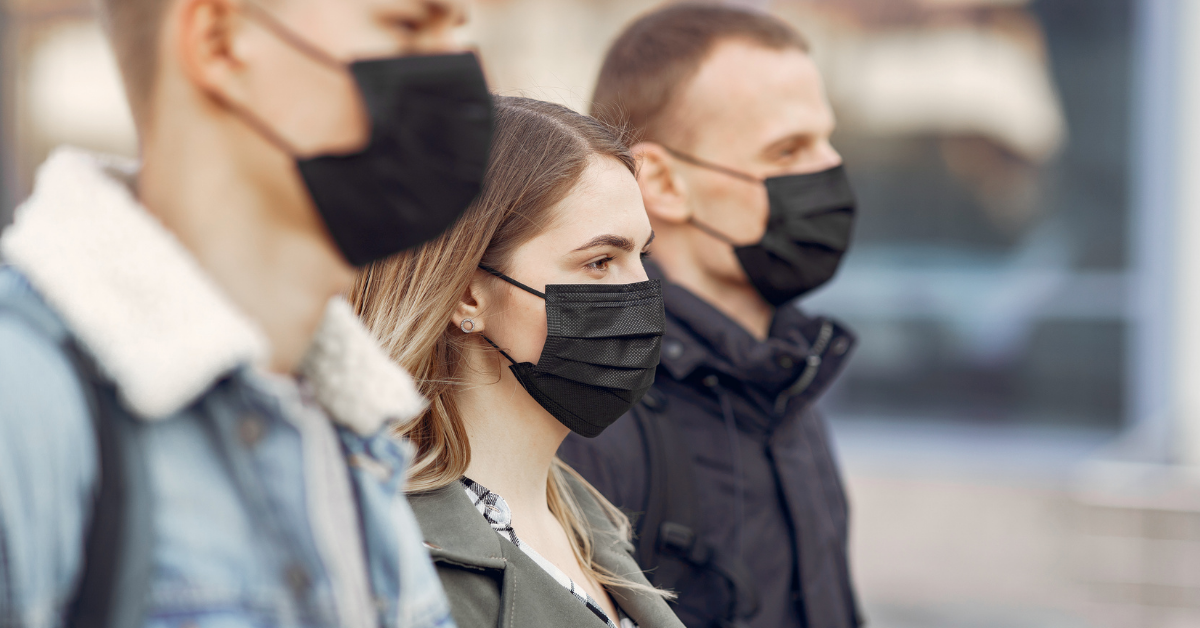 Singleness in the Time of COVID

How the Church Can Play a Role in Mitigating Isolation
by Faith+Lead | December 14, 2021

“How are you holding up?” I asked a friend. We were about a month into shelter-in-place. My friend had set a container of gumbo on the ground and backed off. I had picked it up and placed a container of kitcheree (Indian rice and lentils) in its place and backed off. That’s how we were showing love in those days.

“You know,” she shrugged sort of helplessly. “I know my roommate just well enough that I’ve told her I will probably make her give me hugs just so I can make it through.”

And that was (and is) one of the complicated parts of this seemingly endless season of COVID to navigate for single people.

COVID was hard for families, cooped up together in a way completely unlike how they had ever interacted before. It was hard for couples whose relationships were put to the test in whole new ways. This was especially true for people living in small spaces together. If I’m remembering correctly, when the incredibly strict shelter-in-place restrictions in Zhejiang first lifted in late spring 2020, thousands of couples left their cramped apartments to seek divorces. And in all seriousness, those close quarters saw a devastating increase in child and domestic abuse that continues to haunt me with our inadequate support systems for people seeking safety even in non-pandemic times.

And for single people, this season had very distinct impacts. The solutions aren’t simple, but they may be life-saving.

The Physical and Psychological Challenge

Few churches are unaware of the physical challenges of single people during the pandemic. It frequently showed up in the complex calculus of whether and when and how to open.

“The seniors [particularly widows] in our church only get touched once a week—when they come here on Sunday mornings and get to hug everyone here.” People know how important touch is. I get a little teary just writing about how scientists have shown the impact of positive touch on our mental health. (The tears come, for transparency’s sake, from having to seriously think about the impacts on me as a single person. The scientists even have a term for it: to be “touch-starved,” which is such a haunting term.)

When I ask other single people whether this season has been hard for them, too, they just groan in a “you know what we’ve been going through” tone, as if we don’t even need to explain it to each other and probably shouldn’t try to explain it to others. We as a society know the costs of isolation, what it does to the brain in general and what it does particularly for people who already have mental health issues that were moderated by social connection.

The tension of Zoom fatigue mixed with the reality that Zoom was the almost exclusive source of social contact for many single people has been a lot to manage. Particularly for immunocompromised people who still have to stay relatively isolated to protect themselves, the lack of an ending point can create so much emotional strain.

Even as things open up, the choices about how often to take the risk of connecting with others in order to stay emotionally healthy but minimize risk to self and others becomes a constant mathematical equation burning in the back recesses of the brain. And those choices look different from person to person.

The Theological Challenge (What It Laid Bare)

What this season of COVID has laid bare is that the scripture’s call to care for the orphan and widow ends up being timeless, even as society changes.

COVID laid bare the reality of social inequity. People struggled mightily with the financial realities of the pandemic while this season also saw the creation of a new economic category, centibillionaires.

Another inequity for the church to wrestle with in this particular season is that while almost ⅓ of adult Americans are single, that is not evenly distributed. About ¼ of white people are single, but almost ½ of Black people. About ⅓ of straight people are single but almost half of LGBTQ+ people. Young men (18-29) and older women (65+) are both at around 50%.

What are the scriptural calls on us to create community in new ways, in this moment?

The one other thread I want to acknowledge is the unique impact COVID had on single clergy, who bore so much of their community’s anxiety and fear and grief (and bad behavior) without a robust system of emotional support. Clergy in general navigate an imbalance of pouring out and being poured into, but to do all of that through a computer from one’s living room, and to have no one outside that system to curl up with, that created some burdens and strains that I think will affect churches for years to come because the cost was so high.

I asked friends to share how they navigated this season, and how many of them continue to navigate this season now. Here are a few strategies, tips and tricks learned along the way:

More and more researchers are noting that we need to begin shifting to a “mitigate the impact of the disease” strategy: mask to reduce spread and vaccinate to reduce impact, but don’t expect not to get it at some point. And most of us feel the emotional strain of continued isolation. We are making choices about how to be with other humans at the lowest risk we can, but not at a zero risk.

And even as we get more comfortable with those risks, single people continue to have fewer points of contact. Dating has different and challenging rules to navigate with differing levels of risk tolerance. Single clergy in particular are caught in the bind of not being able to be as risk tolerant, because those choices affect the congregations they pastor. (Even though I’m not in a formal congregational position, I had to and have to make those choices in order to be available to people in need of pastoral care who might be dealing with health issues, as well as to protect the churches where I preach.)

And the scariest challenge is that many of us have learned to adjust to this level of social isolation. I don’t know what the cost of that is going to be.

I’m curious to see what it could mean for the church to find ways to be a source of support and love to the single populations they weren’t aware of before (Black, queer, young and male, as well as older and female). I wonder if the church might take note of the burdens of this pandemic on clergy and especially single clergy. And I wonder how we might show up to support each other in this ongoing season of navigating risk, alone, together.

When are opportunities to address the unique situation of single people in your ministry?

About the Author
Sandhya Jha (she/they) is a Disciples of Christ pastor who helped First Christian Church of Oakland transform their building into the Oakland Peace Center, a collective of nonprofits working to end violence in their city. Having stepped down as executive director of the Oakland Peace Center at the end of 2020, Sandhya is now a full-time anti-oppression consultant with a focus on anti-racism in faith communities, nonprofits and business settings. Sandhya is working on their fifth book for Chalice Press, on connecting with our ancestors in order to dismantle white supremacy.