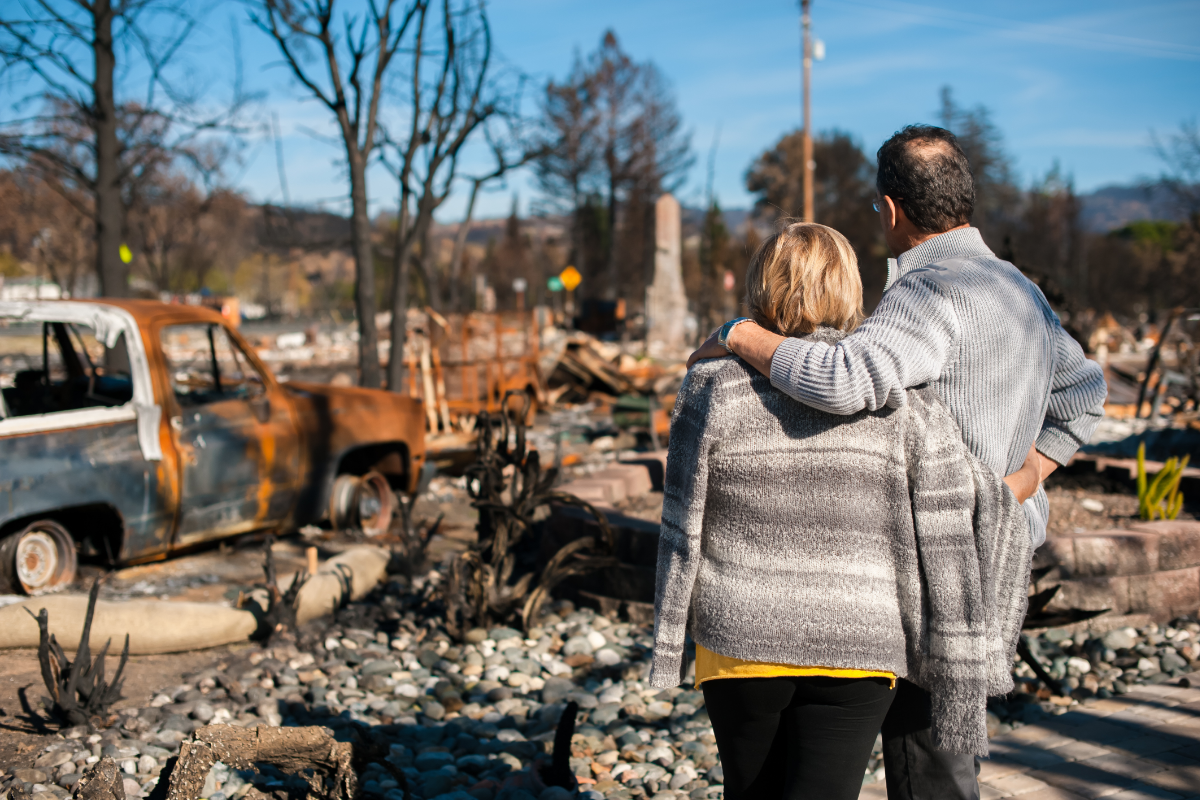 Signs of Hope and Generosity: Stewardship in Times of Disaster Recovery

I genuinely believe no one expects to be caught in a disaster. We all might know that it is possible, but we probably don’t expect it. The terrible derecho that devastated the Midwest, especially our Iowa neighbors, earlier in August and the on-going global pandemic of COVID-19 are examples of current unexpected disasters.

The “500-year flood,” and extreme blizzards that ravaged Nebraska in 2019 are additional examples. Combined, these unexpected disasters cost many lives, resulted in millions of dollars in losses, and turned many lives upside down. Communities were cut off. Roads were washed out. Bridges were impassable. These new realities lasted for months. The land surrounding churches and school districts was divided by rivers. Normal drives for many disciples in my family’s congregation went from being 10 minutes to, in many cases, 45 minutes or more. But, by God’s grace and abundance the destruction didn’t have the last word.

Out of and in response to such disaster, I have witnessed some of the most life changing acts of stewardship I have ever seen. Through it all, I have come to learn and believe at least four things:

I am not a disaster response expert, but I have had the privilege of walking with the people of the Nebraska Synod over the past year and a half responding to the needs of their neighbors and communities. I have been entrusted with their stories of despair and hope, and it is a joy to share some of what I have seen. Stewardship continues during disaster recovery, and maybe it is in times like these that we really see how the many gifts God entrusts to God’s people meet each other’s needs.

About the Author
Deacon Timothy Siburg is the Director for Stewardship of the Nebraska Synod, ELCA. He lives in Fontanelle, Nebraska with his wife, Pastor Allison Siburg (Salem Lutheran, Fontanelle) and their daughter Caroline. Timothy and Allison are native Pacific Northwesterners who fell in love while students at Pacific Lutheran University. Timothy holds a BA (Economics, Religion) from PLU in Tacoma, Washington; a MA (Management) from the Peter F. Drucker and Masatoshi Ito Graduate School of Management at the Claremont Graduate University in Claremont, California; and a MA (Congregational, Mission and Leadership) from Luther Seminary in St. Paul, Minnesota.