Child’s play is nothing to be overlooked, since our understanding of developmental psychology continues to inform everything from teaching tactics to what it means to be human in collective society. After enjoying the animated video linked below, consider how this fresh approach to teaching “sharing” challenges your own assumptions about stewardship. We’ll give you time and space to figure it out.

Encouraging sharing is important to the practice of stewardship. We idealize sharing as an act of heartfelt giving, but how do we nurture this inclination in ourselves and others? Manufactured performances of generosity may meet real need and preserve reputations, but “going through the motions” can undermine self-sustained moral growth and integrity. In my caregiving experiences with children, I admit to authoritarian peacekeeping attempts, imposing my perspective of what’s fair by instructing kids to share. But instruction is momentary; teaching takes time. This reality comes into focus with the help of Dr. Laura Markham, in her animated video “How to Teach Your Kids to Share,” hosted by The Atlantic.

Dr. Markham’s work explores the impact when adults insist “You’ve had your turn! You’ve played with that long enough, and now it’s time to share,” much to children’s dismay. Being forced to give up their toys for others may spark fiery tantrums, stoked by fears over arbitrary loss. Begrudgingly complying may plant lingering suspicion toward playmates, a mentality where peers are threats to personal things and experiences. The childhood scenario is familiar, peppered with objections of “no fair!” But people of all ages subconsciously equate justice with stability, a status quo superficially marked by gaining and keeping what’s “mine.”

This perspective is exaggerated in “The Mine Song,” which saturated internet meme culture in late 2016 alongside other remixed LazyTown music videos. While detailing the trend is beyond the scope of this article, the example is significant for examining our resistance to sharing. It’s a good idea to watch the original “Mine Song,” in addition to reading below.

LazyTown is an educational television program that aired from 2004 until 2014 with the goal to promote more considerate and active lifestyles, especially in children. The colorful series uses superhero tropes, comedy, and music to communicate its main themes, with “The Mine Song” functioning as the anthem for Lazytown’s resident snob Stingy. Flagrantly self-centered and materialistic, young Stingy extends his possessiveness to others’ personal lives, frequently making demands and dictating how others should feel. Lacking attachment figures who model empathy and overall inexperienced with cooperation, Stingy struggles to recognize the altruistic, mutual, or even personal benefits of sharing, especially when keeping seems so certain.

In such stinginess, we can realize how these behaviors are grounded not in self-image or instant gratification, but the underlying need for security and illusion of control. Survival-minded competition for resources has wired humans to be possessive creatures. Beyond physical resources, we rely on people whose time and energies have earthly limits. But our Divine God has shaped us in God’s image as relational beings, with the capacity to recognize shared resources and our interdependent strength. With expansive love, wisdom, and imagination, we cooperate in long-term planning to cultivate and distribute the abundance of Creation. But such focus can be sidetracked by our “self-sightedness,” narrowed to the fleeting security glimpsed in greed and gluttony.

In the example of self-sighted Stingy, he is transformed during the Lazytown episodes by relationships. Sharing emerges from his evolving self-esteem and care for others. Stingy’s friends might have recommended more generous behavior from the outset, but direct experience shifts his perspective more forcefully. His behavior can be truly generous, his growing inclination can be to help both self and others, even when his default falls back on greed.

Overcoming such human foibles takes practice and an empathic moral compass. This moral compass should be culturally reinforced, but must essentially emerge from our selves. To begin this process at an early age, when encouraging children to share, Dr. Markham recommends that “we put them in control.” Children can be inspired by role models, stories, social conformity, and ready guidance, but they will learn best when empowered to make their own decisions about how and when to share. Deliberately sharing, which necessarily involves giving up an ounce of control, is both possible and more comfortable when the entire reins aren’t yanked away.

In giving, there is no generosity without sacrifice, and there is no sacrifice without the perspective of relationships from a vantage point of power. Starving people sharing food with their neighbors display greater generosity than millionaires sending tons of rice in the hundreds. The kindergartner who offers a classmate to try using her favorite green crayon displays truer generosity than those who were instructed to split the box.

In a communal environment, we can make room for individual decision-making while maintaining umbrella rules about sharing. Such rules might be social norms, or more formal policies necessary for making reparations to exploited populations and maintaining functionality. In the USA, we zipper merge on the highways and pay taxes to keep them paved. Taking turns are made smooth by schedules, whether used by congregations navigating mixed-use worship space or siblings using a rotation chart to alternate TV-time.  So it’s not like all rules and expectations of sharing are out the window; sharing remains a precondition for participation in communal life. But expectations, timing, and healthy boundaries should enrich outcomes of sharing. With a critical awareness of power dynamics and willingness to share control, we can nourish interpersonal sharing as an expression of self-initiated generosity. 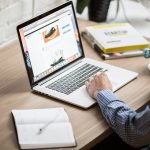