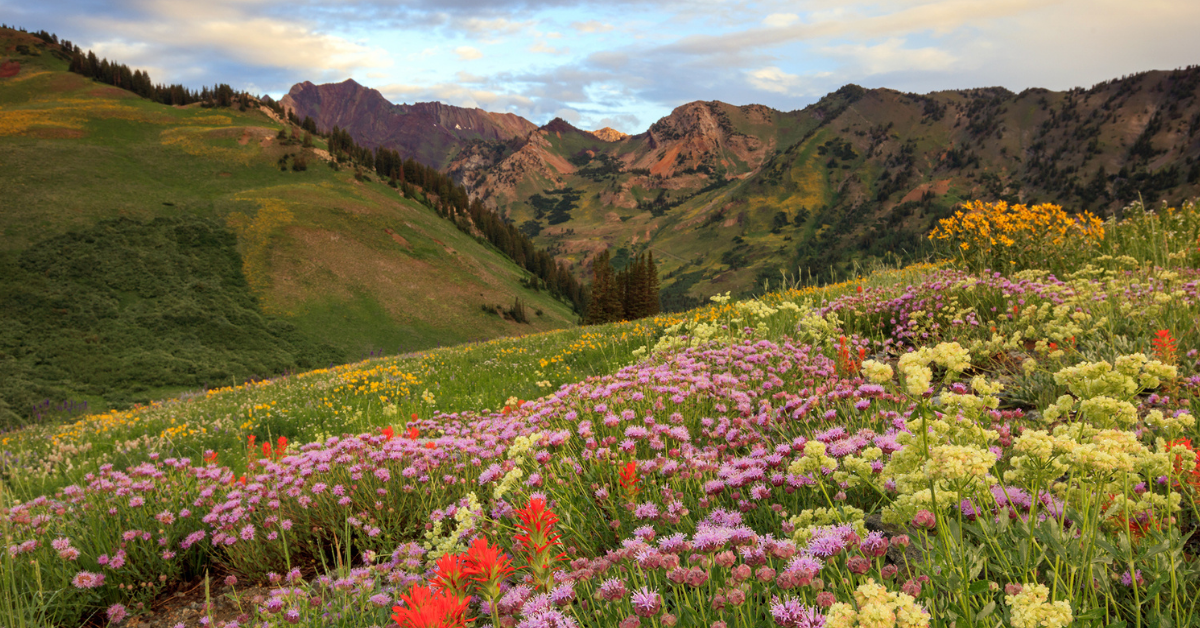 Biblical Sabbath as a guide for life with the land
by Faith+Lead | April 22, 2021

This blog post is excerpted from an article in Word & World (Summer, 2016) found here.

When I was a child, my grandfather, a devout Lutheran and a milkman by trade, refused to shop at our local Walmart. He did so not simply out of loyalty to the local family-owned businesses in town but out of religious conviction. His ethics grew out of his study of Scripture. Accordingly, he invoked Isaiah 5:8 against Walmart:

Woe to you who join house to house, who add field to field,

until there is room for no one but you,

and you are left to live alone in the midst of the land!

Grandpa knew Scripture, and he recognized in it a certain attitude of restraint, a call for an intentional self-limiting of human striving and of human ambition. That biblical theme of intentional restraint is best exemplified in the Sabbath law:

Remember the sabbath day, and keep it holy. Six days you shall labor and do all your work. But the seventh day is a sabbath to the Lord your God; you shall not do any work—you, your son or your daughter, your male or female slave, your livestock, or the alien resident in your towns. For in six days the Lord made heaven and earth, the sea, and all that is in them, but rested the seventh day; therefore the Lord blessed the sabbath day and consecrated it. (Exodus 20:8-11; see also Genesis 2:2-3)

After all the work of creation, God rested (the root meaning of the word shabbat/sabbath). And because God rested, we human beings, who are created in the image of God, must also rest. Sabbath, according to the biblical text, is built into the rhythm of creation itself and so touches all aspects of life, most particularly humanity’s relationship with the rest of creation. It may be, therefore, that those who today seek to live wisely on the earth would do well to reconsider Sabbath.

Sabbath for People and for Land

In Exodus, Sabbath is given to Israel as they learn how to live as a free people. The Sabbath commandment refutes the brutality of ancient Egypt, which used up human lives as fuel for imperial ambitions. The Sabbath commandment also safeguards against Israel’s own propensity to become enslaved again – this time to their own ambition. Sabbath calls for radical trust in God. The theology behind it goes something like this: You do not need to work seven days a week. You are not God. God rested; so surely you can rest, too. God will provide what you need. Stop. Be still. And trust.

A few chapters later in Exodus, Sabbath is extended also to the land itself:

For six years you shall sow your land and gather in its yield; but the seventh year you shall let it rest and lie fallow, so that the poor of your people may eat; and what they leave the wild animals may eat. (Exodus 23:10-11)

The sabbatical year, which provides rest for the land as well as its inhabitants, points to a holistic understanding of the relationship between humanity and the earth. Human beings are created as flesh-and-blood creatures who require periodic rest. The land, too, cannot produce endlessly. It requires a regular fallow time, when it naturally regenerates itself, when plant matter decays and returns its nutrients to the soil. Both people and land must rest.

When I teach the biblical legal codes to my students, I tell them this: “Matter matters. Matter matters to God and it should matter to us. Bodies matter. Soil matters. God cares about such things.”

Of course, we Christians should know this even without the legal codes. The core Christian doctrines – creation, redemption, incarnation, resurrection – all testify to this theological claim. Matter matters.

But the legal codes and especially the Sabbath laws are particularly pertinent to us today. If Sabbath is about intentional self-restraint, about knowing our limits and abiding by them, then we are today breaking the Sabbath commandment with an enthusiasm rarely seen before in the world’s history. We have forgotten that the land does not belong to us; that, indeed, both we and the land belong to God.[i]

Bob Dylan was right: “You’re gonna have to serve somebody.”[ii] If we will not serve God, then we will enslave ourselves to something else – ambition, materialism, and the endless striving for more. Wendell Berry reveals the irony of such enslavement:

We who prayed and wept
for liberty from kings
and the yoke of liberty
accept the tyranny of things
we do not need.
In plenitude too free,
we have become adept
beneath the yoke of greed.[iii]

As I write this essay, I watch a house being built on the shores of a nearby lake. The modest fishing cottages that once populated the lakeshore are being torn down and replaced by huge houses with multi-stall garages and little green space between them. A mile away, a new development of monstrously-big houses (some with in-house basketball courts) is going up in what was a farm field, consuming arable land and the neighboring trees that until recently provided habitat for wildlife. This scene is played out every day in multiple cities, and it is just one small example of our inability to know our limits, our unwillingness to keep Sabbath. It is one example of our culture’s obsession with “more,” and the concomitant need to work longer hours in order to acquire more. We are laboring under “the yoke of greed” and we have put the yoke on our own necks. We cannot keep Sabbath or the world might pass us by. We cannot keep Sabbath and the earth itself suffers because of it.

To this situation of restlessness and constant striving, the Sabbath commandment says, “Enough.” It is a word of law that addresses our insatiable appetite for finite resources. It is also a word of liberation for those caught in the endless cycle of acquiring more and more stuff. Sabbath holds up for our attention the value of community, the value of everyone having enough, the value of trusting God to provide, the value of matter (both bodies and soil), and the value of rest.

My grandfather’s disdain for Walmart grew out of his study of Isaiah. The words of the prophet continue to ring in our ears today:

Woe to you who join house to house, who add field to field,

until there is room for no one but you,

The good news is this: such loneliness is neither necessary nor inevitable. According to the biblical witness, God gives gifts and among these gifts, Sabbath is given to remind us of our identity as God’s own, and the world as God’s own.

One Jewish legend tells of a necromancer who calls up his dead father from the grave every day for a week. His father comes up every day except Sabbath. The necromancer says, “Father, did you become a Jew after you died? Why did you come up every day of the week but not on the Sabbath?”

His father responds, “Anyone among you [the living] who does not keep the Sabbath of his own free will must keep it here in spite of himself.”

“But what toil do you have there?”

“Every day of the week we endure judgment, but on the Sabbath we rest.”[iv]

The world as it was given for love’s sake,

The world by love and loving work revealed[v]

Work and rest, planting and letting lie fallow—these are the rhythms by which both we and the earth are sustained, as on creation’s first Sabbath. “Remember the Sabbath day and keep it holy…. Six days you shall do your work, but on the seventh day you shall rest.” It is, of course, a word of law. For those who have ears to hear, however, it is also a word of promise.

[i] Lev 25:23, 42. This chapter of Leviticus on the Jubilee year is a key text for talking about Sabbath. See the original article for more on the Jubilee.

About the Author
Kathryn Schifferdecker is a professor of Old Testament at Luther Seminary in St. Paul, MN. She is also a pastor in the Evangelical Lutheran Church in America and a frequent contributor to WorkingPreacher.org.