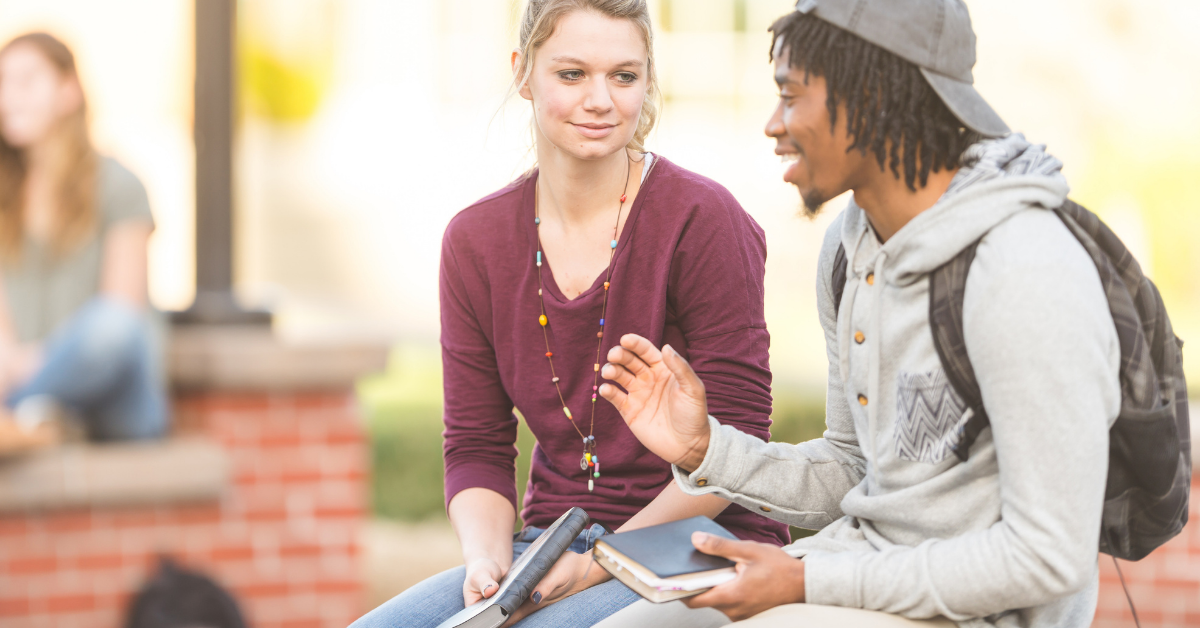 God communicates to us in the Bible through different platforms
by Faith+Lead | October 5, 2021

Bible study is one of our primary means to understanding the themes that crop up in ministry, so as Faith+Lead begins a month of paying close attention to the theme Platforms for Ministry, we offer this way to connect with God through Scripture for a church leader’s personal or congregational use.

Luther’s oft quoted quip, “Here I stand,” has become a bit of a defensive posture for those trying to make a dogmatic point, but it’s worth noting that where you stand matters when proclaiming the Gospel. The staunch, recalcitrant feel of that Luther meme doesn’t speak to the chaotic truth that the Gospel is mediated in many ways, and from many vantages, for good or for ill.

And this truth is getting even more complicated.

Platforms for ministry matter more than ever it seems.

But consider this: the Gospel has always been spread through different platforms, depending on context, and so while our new reality might be uncomfortable and confusing for some, it’s not brand new.

This text from Matthew is the beginning of a long grouping of episodes that the writer strings together colloquially called, “The Sermon on the Mount.” It contains some of the most well-known Jesus sayings in the scripture, including the piece you read known as the Beatitudes.  Before you meditate on the words of the text, though, consider the setting: Jesus is standing on a mountain, with a crowd gathered below. Consider what mountains mean in the scriptures and how they are places of holy encounter. Moses met God on the mountain in Exodus 19. It was on the mountain that Elijah heard God’s “still, small voice” (1 Kings 19). Later in this Gospel, It will be on the mountain where Jesus will stand between those two figures and be transfigured before a few chosen disciples (Matthew 17).

Mountains, in the scriptures, are the place of holy words, holy encounters, and holy moments.

These same sayings from Jesus are documented in Luke’s version of the life of Jesus. Luke, however, has Jesus saying them on a totally different platform: a plain. Again, don’t consider the text quite yet. Rather, just consider the context, the platform. A plain is the place of equality, as everyone stands face-to-face. A plain is the place of egalitarianism, where advantage isn’t part of the equation. With the writer of Luke’s special attention to those at the margins of society, specifically women, children, and the outcast, this platform seems to be true to form for this Gospel.

So, consider the platforms and the text themselves.

A sermon given from a mountain seems to have quite a bit of authority to it, given the role that mountains and mountain-top experiences play in the scriptures. Matthew’s Beatitudes and their exhortations of blessedness may strike the ear differently when heard with the mountain platform in mind and land differently depending on where the hearer herself is standing.

A sermon given from a plain, conversely, has an altogether different feel. Luke even notes that Jesus “lifts his eyes to his disciples,” a movement of looking up at them. A sermon from this vantage lands on the ears in a completely different way than one spoken from the mountain.

Another way to consider it might be to think of a sermon from an elevated, lofty pulpit, and one delivered from the floor in the midst of the assembly. Neither is better than the other, but we should take seriously the idea that the platform matters and that one might be more appropriate than the other depending on the situation.

In the way the different Gospels tell the Jesus story, we find Jesus on different platforms, sometimes delivering the same, or similar message.

In the Epistles, too, we find different platforms being used to deliver God’s message of love through Christ.

In Philippians, Ephesians, and Philemon we find Paul writing from prison—or at least house arrest—in Rome, the heart of the Empire. From here he delivers some of his most touching and theologically erudite advice. His letters to the Philippians and on behalf of his friend Philemon are heartfelt and almost sentimental as he describes his deep love and genuine affection for both. In the letter to the church at Ephesus we see Paul tackle esoteric and metaphysical ideas, the kind that only come with reflection time on your hand, as he introduces a cosmic nature to God’s grace through Christ.

These letters, written from his imprisoned platform, stand in contrast to those written to the churches at Corinth and Thessalonica. Some of this difference is undoubtedly due to issues on the ground in these churches, but I wonder how Paul’s platforms changed his tone and tenor.

Likewise, in some places Paul can be quite dogmatic and even harsh, yet in the Acts reading above we find a “big tent” aspect of the Apostle sometimes overlooked. In his sermon at the Areopagus Paul tries to argue that the secular Greeks had been, unknowingly, worshiping the God embodied in Jesus the whole time! This platform of standing in a foreign worship space seemed to have an impact on his attitude toward those professing a different creed, compelling him to finesse his message in a way that it could be better understood.

In this way Paul, too, was both a product of his platform, and also one who used a particular platform to craft his message.

In the incarnation we see that God didn’t choose just any platform from which to express his deep love and abiding presence with humanity but chose to come as a helpless baby who would grow to become a poor, itinerant, homeless preacher who relied heavily on those around them to live. In his words and ways of being in the world, Jesus embodied God’s special attention to those on the margins and God’s expansive grace for all.

You could say Jesus is God’s love-letter to the world, a platform all its own.

The mountain, the plain, prison, the foreign worship setting. Facebook live, in-person chapel, hybrid models, blogs, TikTok. The person of Jesus—ourselves. Ministry has always had a number of different platforms, and that complex truth doesn’t seem to be abating.

The question, then, is what each particular platform brings to the mediated message, for better or for worse, and how to best utilize them to tell this core truth: God loves us, for Christ’s sake, and will not let us go.

About the Author
Tim Brown is a pastor, executive coach, professional fundraiser, and a writer. He does non-profit fundraising and coaching to pay the bills and writing and pastoring to fill his soul. He’s curating a new digital-first church plant that is in early development through the ELCA called Anam Cara Community and blogs regularly at reluctantxtian.com. He lives in Raleigh, NC with his partner, their two children, and a garden that produces every year, mostly on accident.