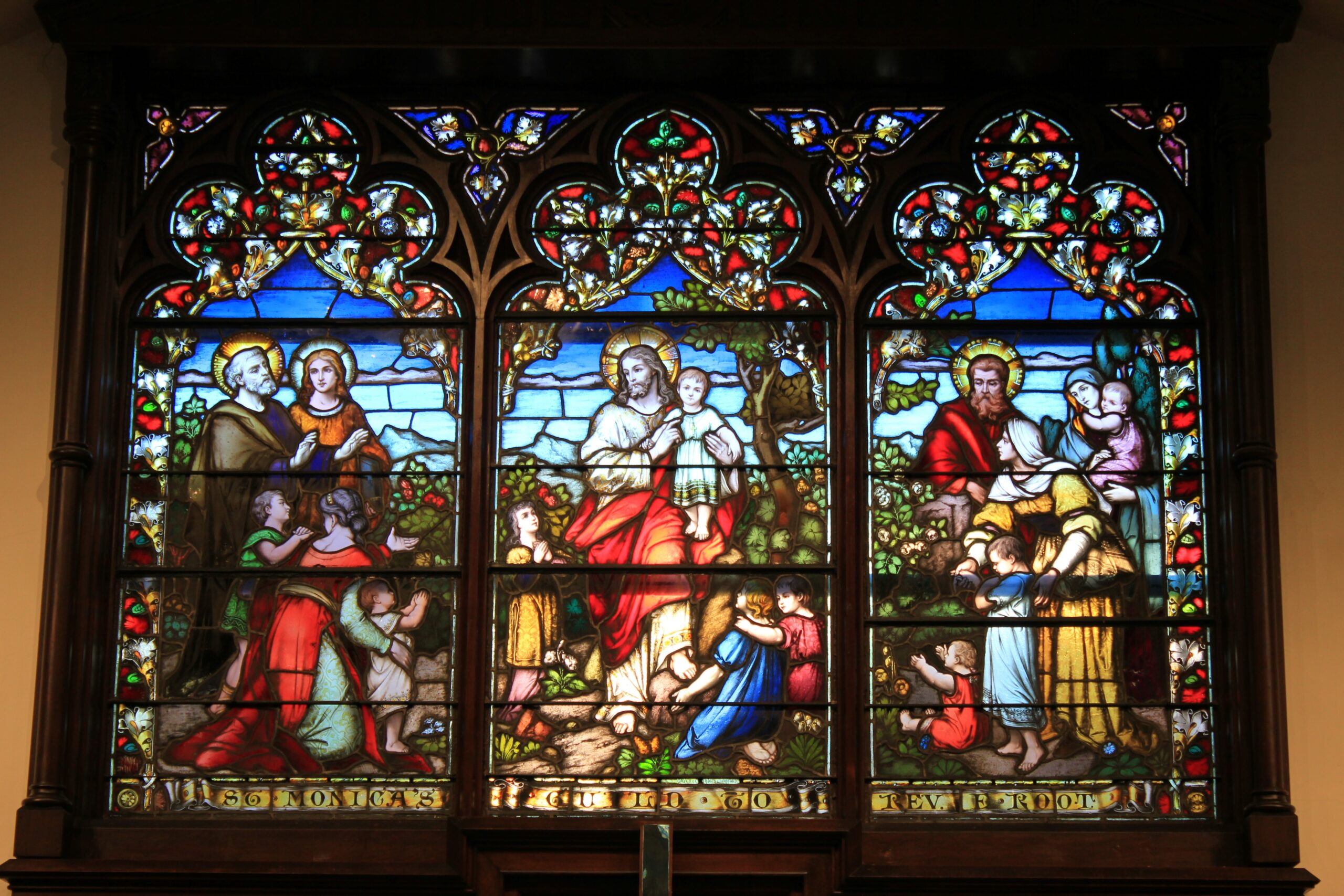 Mark 12: 41-44 This lesson uses pennies, the story of the Widow’s Mite or Offering and the Story about Stone Soup to show how even a small gift when added to the gifts of others can provide abundantly for all.   Participants will be asked to bring canned food for the local food shelf and to bring as many pennies
by Center for Stewardship Leaders | January 15, 2009

This lesson uses pennies, the story of the Widow’s Mite or Offering and the Story about Stone Soup to show how even a small gift when added to the gifts of others can provide abundantly for all.   Participants will be asked to bring canned food for the local food shelf and to bring as many pennies as they can.  A speaker or information about a local food shelf would work well with this lesson.

Lesson summary: This lesson uses pennies, the story of the Widow’s Mite or Offering and the Story about Stone Soup to show how even a small gift when added to the gifts of others can provide abundantly for all.   Participants will be asked to bring canned food for the local food shelf and to bring as many pennies as they can.  A speaker or information about a local food shelf would work well with this lesson.

Context: This is designed to be a 50-60 minute lesson for mixed age groups with parents, grandparents, children, youth and single adults.  Participants should sit around tables.  Family groups could sit together.

Lesson Focus:  When everyone shares, there is enough for all.

Biblical foundation:
Mark 12: 41-44  “The Widow’s Mite or the Widow’s Offering.”   The greatness of the widow’s gift was that the generosity, not the amount, showed love to God.

Stone Soup Background:
This is a Brothers Grimm tale that was retold in the children’s book “Stone Soup” by Ann McGovern published in 1968.  Another children’s book also called “Stone Soup” is Marcia Brown’s retelling of an old French version of a tale about soldiers who trick miserly villagers into making them a feast.  This book won a Caldecott Medal in 1947.  To use this story in this lesson, do not emphasize the tricking of the villagers but emphasize that they were afraid they would not have enough food and hoarded the food that they had.  When some people were encouraged to share the food they had hidden, then others also shared until there was enough soup to feed everyone — the hungry traveler and the villagers.   See a copy of this story at the end of this lesson.

Before the event:
One week before the lesson, ask people to bring as many pennies as they can next week and canned food items.  You could announce in worship, in the bulletin or newsletters or by e-mail or text messages.  Go to the bank and get several rolls of pennies to have on hand for those who forget to bring pennies.  If possible arrange for a person from the local food bank to attend the event and be prepared to say a few words about how the food and money will be used.

As people enter the room where the event is being held, ask them to put a name tag and sit at one of the tables.  Be aware of those who did not bring any pennies and give them a roll of pennies to use for the activities.  Put all the canned food on a table in front of the room by the display for the food shelf.   Give them the Introductory Assignment Handout to work on right away and appoint a leader for each table to get things started.  (See a copy of this handout that you can duplicate at the end of this lesson.)

Explain to the group that pennies do not seem to be worth much.  It costs the US government 1.7 cents to produce each penny.  Several times government officials have suggested eliminating the penny but the outcry has prevented this move.  Studies have shown that the majority of the pennies produced are being hoarded.  Ask participants to raise their hands if they have ever saved pennies in a jar or a box.     Ask them why they saved the pennies.  What does it mean to “hoard” something?   (The dictionary defines “hoard” as to save and store away.)

Biblical study: (10 minutes)
Say, “There is a story in the Bible about a widow who had two pennies.  Her husband died and she was very poor.  Jesus saw her as she came to worship in the temple.  Let’s listen to this story to find out what she did with her few cents.”

Emphasize with the group that the key to this story is not the amount of money given but the generosity of the giver.  She was willing to share and give away even the few cents that she had to help others.   She did not hoard her money.

Say to the group,  “There is another story , a folk tale called STONE SOUP, that is not from Bible but is about people who were hoarding their food and then something strange happened.  Let’s listen to this story and find out what happened.”

As a reflection on the story, have these questions posted in the room or written on paper and then give to each group.  Small group discussion is suggested so that more people get to talk which is especially important when working with mixed age groups.
Why did the people tell the traveler that they had no food?
What changed so that they were willing to share?
How might this story apply to you?
Have you ever shared food with someone else?

Say to the group, “When people hoard their food or their money, everyone suffers.  When everyone shares generously with each other, then all have enough.  So now we are going to practice being generous with the pennies we brought with us today.”  Ask the person with the large soup pot to bring it forward.  “All the pennies go into the pot plus any other money that anyone wants to contribute.”  Pass the soup pot from table to table.  While passing around the soup pot sing an offering song such as “We Give Thee But Thine Own” or “Take My Life, that May Be” or another one of your own choosing.

Tell the group about the local food shelf to whom the food will be donated and also the pennies.  Emphasize that all of our pennies and coins and dollar bills added together will be enough to help others.  God can create abundance out of even a little bit.

Introduce the speaker from the local food shelf  and give that person the soup pot with the coins.  Ask this person to explain about how the food and money will be used by the food shelf and about how many people will be helped with the donations given today.  Or find out this information in advance and share with the group at this point.

Summarize by thanking everyone for their generosity.  Emphasize that by everyone contributing something, many people will have food to eat.  When we give generously what we can, abundance can be shared with others.  Close with this prayer:
“Dear Heavenly Father, thank you for all the gifts of food and money that you have given us so that we have the opportunity to share with others.  Help us to always remember that when we share, there will be enough for all.  Amen.”

Appendix #1: The Story of Stone Soup

Once upon a time, in post-war Eastern Europe, there was a great famine in which people jealously hoarded whatever food they could find, hiding it even from their friends and neighbors. One day a wandering soldier came into a village and began asking questions as if he planned to stay for the night.
“There’s not a bite to eat in the whole province,” he was told. “Better keep moving on.”

“Oh, I have everything I need,” he said. “In fact, I was thinking of making some stone soup to share with all of you.” He pulled an iron cauldron from his wagon, filled it with water, and built a fire under it. Then, with great ceremony, he drew an ordinary-looking stone from a velvet bag and dropped it into the water.

By now, hearing the rumor of food, most of the villagers had come to the square or watched from their windows. As the soldier sniffed the “broth” and licked his lips in anticipation, hunger began to overcome their skepticism.

“Ahh,” the soldier said to himself rather loudly, “I do like a tasty stone soup. Of course, stone soup with cabbage — that’s hard to beat.”

Soon a villager approached hesitantly, holding a cabbage he’d retrieved from its hiding place, and added it to the pot. “Capital!” cried the soldier. “You know, I once had stone soup with cabbage and a bit of salt beef as well, and it was fit for a king.”

The village butcher managed to find some salt beef…and so it went, through potatoes, onions, carrots, mushrooms, and so on, until there was indeed a delicious meal for all.  The villagers set up tables in the town square and everyone ate together.  The villagers offered the soldier a great deal of money for the magic stone, but he refused to sell and traveled on the next day. The moral is that by working together, with everyone contributing what they can, a greater good is achieved.