This post is taken from a sermon delivered at the ELCA Churchwide Assembly on August 6, 2019 in Milwaukee. Read part one here.

Praise God for the Philips and the eunuchs and every moment when we’ve experienced being finally, fully being received. I praise God for this church and the doors you have opened. The truth is, there’s a whole parallel universe where I’m on the other side of this podium, attending ELCA Churchwide Assembly as a Lutheran pastor and not an Episcopal priest.

But that never came to pass, because the welcome I discovered at Resurrection and among my Lutheran friends, back then, it had its limits. You said you wanted to get real about that phrase, “We are church” and about radical welcome. Did you mean it? Then let’s go there.

Yes, all the Sven and Ole jokes were funny, but they reinforced for me that this was somebody else’s culture, ultimately somebody else’s church. And yes, I made pilgrimage 20 years ago to Door County. I always felt like I needed Lutheran finishing school. Becoming truly Lutheran, taking up the culture of “my church” felt synonymous with taking up the culture of a particular people.

Oh, I was proud of my ability to cross over, to be a person of color who could master and parrot the dominant culture. Only later did I notice that not many Lutherans were coming to black or Latino communities to hear how we understood following Jesus. The more I connected with wider Lutheran circles, the more my multicultural experience looked like an aberration, the exception that proved the rule.

I didn’t yet have the term Alan Roxburgh has coined. He speaks of the “euro-tribal churches,” the reformation churches that trace to and sustain particular European cultures. Episcopalians to England. Presbyterians to Scotland. Lutherans to Germany/Scandinavia. I didn’t have Roxburgh’s terms. But I did wonder: Do they really want us? Or do they just want to have an interesting array of people who appreciate dry humor and cheese curds? The welcome was kind, warm, genuine. But it was not radical.

Not for black folk and other people of color. Not for some of the other leaders – the angels – God used to bring me home.

Kerrie was one of those angels. She was a lifelong Lutheran and discerned a call to ordination while we were at Harvard Divinity. But she got caught up short when the ELCA began to more strictly enforce one rule: every candidate for ordination had to promise that they were not engaged in sexual relations outside of holy wedlock.

Now there were straight folks clearly, publicly violating the rule, but few were concerned about them. Some gay and lesbian people simply lied. They said it was their way of practicing civil disobedience.

Kerrie chose honesty. She stayed as long as she could, struggled faithfully, and she taught me through her deep, abiding love for this flawed vessel, this wounded body of Christ, the Church. Her love for God and God’s church helped to draw me past my own skepticism and into the waters of baptism. And she would not stop. When I wanted nothing to do with ordination myself, she would slide me these stick drawings of a brown girl in a collar (sometimes the girl was wearing a miter – oh God!). She held the dream until I was ready to say yes, even though it was a dream she couldn’t pursue for herself.

So you have to understand, when God’s call to ordination became too strong for me and my community to ignore, I also heard something else: I couldn’t do it with the ELCA. I couldn’t walk past Kerrie and so many other brave LGBT Lutherans who accompanied me back when I wasn’t even sure Jesus was real. I hope you understand: I couldn’t walk past them on my way to ordination, when they were the ones who opened the church doors to me. If this body of Christ could not welcome their ministry as the true blessing I knew it to be, then this was not the body within which I could practice.

I’ve looked back on that discernment, wondered if I was being political, picking sides, looking for perfection in a human institution when only God is perfect. This Acts text tells me, “No.” We aren’t the first followers of Jesus to wrestle with these questions: Who can be a vessel of the Spirit? Who can dictate who God will choose? Over and over, in this passage and across the whole book of Acts, the answer is: “Humans drew the circle here, God is drawing it here.”  Long before Acts, in 56th chapter of Isaiah – and God, I pray the eunuch eventually got to this part of the scroll – the message was clear:

Do not let the foreigner joined to the Lord say,
“The Lord will surely separate me from his people”;
and do not let the eunuch say,
“I am just a dry tree.”
For thus says the Lord:
To the eunuchs who keep my sabbaths,
who choose the things that please me
and hold fast my covenant,
I will give, in my house and within my walls,
a monument and a name
better than sons and daughters.

For my house shall be a house of prayer for all peoples.

So I shifted to a sister church that held to that truth.

It wasn’t the only reason I pursued ordination with the Episcopalians. And I certainly went with eyes wide open regarding Episcopal elitism and shortcomings. But I did need to be accountable to the gospel and to the Christians God used to bring me home when nothing else and no one else had. They were my Philip. They are your Philips.

Why do I share all this? You are not today the same church you were 20 years ago. You’ve slowly opened to the witness, ministries, love of LGBTQ members. Just today you made apology for the sins of racism and slavery and declared your commitment to live as Beloved Community. Not one part of those decisions has been easy for this church. You may be tempted to soft-pedal or second-guess your witness. Some will surely blame your systemic decline on prophetic moves like these. That’s what we hear in The Episcopal Church.

I think you need to hear somebody saying, “Thank you.” Thank you for taking risks for the sake of the gospel. Thank you for recognizing the movement of God and the fruits of the spirit in the lives of LGBTQ+ people. Thank you for your declarations to oppressed peoples, including the words you spoke today to people of African descent.

Because of what you have done and said, you’ve laid the foundation to be church, the whole church, with no apologies and no exceptions. And if you needed a reminder, here I am. Speaking up for all the wanderers who might trust you for the first time because of that welcome.

A lot of people are riding around in a proverbial chariot, reading spiritual books, watching spiritual shows, but not coming near religion, because they’re so wary of what they’ll find with us. Who will come alongside them, listen and honor them, and share the story of a God who is very much in the picture? Who will wonder and explore with them a life stepped in the sacrificial love, forgiveness and barrier-bending holiness of Jesus?

Why not us? What is to prevent us from being that church? Why shouldn’t we practice evangelism and radical welcome like Philip? When the Spirit nudges, don’t walk, but run.

And stop worrying or fretting. Philip didn’t worry if he’d be received or rejected. He got in tune with the Spirit and then he just followed.

You know what he didn’t do? He didn’t open his satchel and show off his goody bag of Christian paraphernalia. He didn’t start with big words and somebody else’s cultural baggage. No, he was attentive and ready to notice what God was already up to in the Eunuch’s life. When the time came, he opened his mouth and shared the good news that was in him. And believe this, the eunuch may have gotten baptized, but they both walked away changed. May the same be said of us in this day.

Thank you for joining me in this study, this reflection. Please stand now for a blessing for all the Philips and all the Eunuchs, for you and me and all of us who walk the Jesus Way:

May the Spirit of God draw you out onto the wilderness road.​
May She send you chasing after chariots, beyond all reason or propriety.
May She bring you to dark-skinned eunuchs and mouthy Samaritan women
and young ones who dream wild dreams,
and may they receive you into their chariots, their homes, their worlds,
so you might teach and convert one another.
And may you enter the waters of baptism together,
and die and rise in Christ together, in the name of the Father and of the Son and of the Holy Spirit.

The Rev. Canon Dr. Stephanie Spellers is Canon for Evangelism, Reconciliation and Creation to the Presiding Bishop of the Episcopal Church.

She is the author of several books, articles and resources focused on embracing emerging cultures and Episcopal traditions, including Radical Welcome and The Episcopal Way (with Eric Law). She is a former Episcopal Church Foundation fellow. She graduated from Episcopal Divinity School with a Masters of Divinity; Harvard Divinity School with a Masters of Theological Studies; and Wake Forest University with a Bachelors in Religion, where she began organizing for justice and peace.

Photo by Julia Caesar on Unsplash 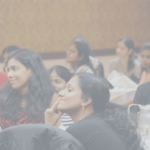 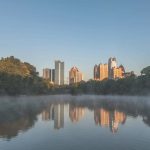 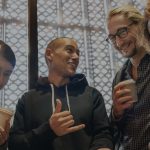