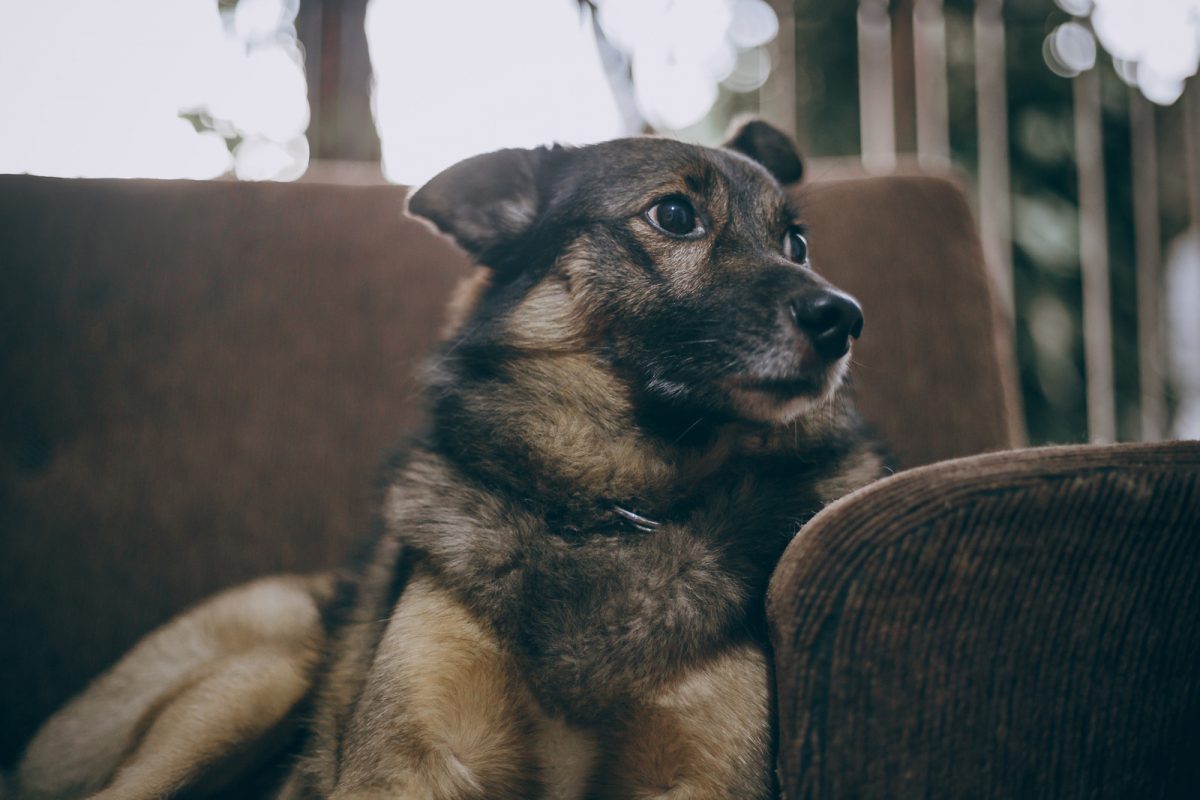 It’s Not “Just a Dog”: The Ministry of Animal Companions

In June 2003, my first niece came into the world, and we were overjoyed. Later that same year, on December 12, I brought home Alvie from the Humane Society—a sheepherding mix who had been found as a stray—and we were happy, but like all new parents, had no idea what we were getting into. The vet guessed she was about a year or a year and a half, so we split the difference and marked her age at a year and a quarter. He also informed us that not only did she have a shy personality but had also clearly been abused, so trust would be hard to come by and take time. Thus began a relationship that would impact me in profound ways I never could have imagined: God knew I needed this dog. Not just any dog, but Alvie in particular.

The following year, my husband and I got divorced, but there was no question with whom Alvie was going. She chose me from the very first day. Me – the person who, on a scale of 1 to 10 of being allergic to dogs, is an 11. Me—the person who did not really need or want a dog but knew how badly their spouse wanted one and said yes. Me—the person who desperately needed Alvie but had no idea. From this point, Alvie and I began our grand adventure, two girls facing the world together. I felt safe and secure as a single woman with Alvie by my side.

We moved to Tennessee for seminary because Sewanee was pet-friendly. Alvie picked up the middle name of ‘Anne’ (for Anne of Green Gables) because almost everyone has two first names in the South. We journeyed to North Carolina for my first call as a priest, where I met the man to whom I’m now married, and he joined us. Then on to calls in rural New York for a brief spell and Minneapolis, where we stayed awhile.

In Minneapolis, Alvie was right next to me in our bedroom the entire time I had the first of my six miscarriages. After each loss, she had strange symptoms, different each time, that we spent hundreds upon hundreds of dollars trying to diagnose, and which would mysteriously clear up after a few months. Finally, when we moved to Seattle for my fourth call and where now call home, our very wise vet put it together: Alvie was responding to our grief, to our broken hearts. When we started feeling better, so did she.

On February 29th of this year, we assisted Alvie Anne with what we call the Good Death. She was 17 ½ years old. A mobile vet came to our home that night after we had lit candles, prayed, and anointed Alvie with our tears and anointing oil. I held her, wrapped in her favorite blanket, as she finally relaxed and her spirit crossed the threshold of death into her next adventure, without me.

No one knows what goes on in a relationship behind closed doors, including with our pets. From my relationship with Alvie, I came to understand that animal companions are with us in far more intimate ways than their human counterparts—through sorrows, joys, moves, divorces, new relationships, children, and illness. They are in the kitchen as we are cooking, on our laps as we read, taking over the bed as we sleep, and some even venture into the bathroom with us. When our spouses or children or roommates are not home, they are there with us. Sometimes they are the roommate, like in my case with Alvie in the early years. They know more about us than our humans do because they watch our every move and learn our emotional nuances. They perform the epitome of the ministry of presence.

As a marriage and family therapist, I have read a number of studies on the benefits of having an animal companion for all humans, but especially for the elderly and those who have mental health issues. The bonds that we share keep both people and animals healthier and happier. According to research by University of Kansas Associate Professor of Communication Studies, Jeffrey Hall, it takes 50 hours outside of work for an acquaintance to become a casual friend, an additional 90 hours to become a friend, and more than 200 hours before someone becomes a close friend. By this standard, we spend far more intentional time building our relationships with pets than with most people. Therefore, when someone’s animal companion dies or has to be re-homed, the grief can be shattering and the loss is consequential.

What can the Church do to help?

The Church as a whole has a place in supporting the bereaved, whether the loss is human or animal. It is in community that we gather together to mark significant times and lend a ritual framework to hold our large, unwieldy emotions. Public witness to the testament of a life is part of mourning—taking our internalized grief and bringing it to the external. Participating in a ritual gives the bereaved an anchor so that they may release their grief into a net of caring community that will hold them as they walk through the landscape of their loss. This holds true for those who have lost a beloved pet and it is pastorally appropriate to have compassion for the person experiencing the loss of this significant relationship. My faith tradition, the Episcopal Church, offers a Service at the Loss of a Beloved Animal and I know that other traditions have similar resources. There are also excellent books with prayers, litanies, and services for pets—and all creation—to offer pastoral care for a variety of needs.

Alvie died the Saturday before the world was shut down by COVID-19. It was as if she knew that my husband, a professional musician, would suddenly lose all his freelance work, and we would have had a difficult time being able to afford all her medications, supplements, and appointments. Even in death, it seems she cared for us, but I still ache for her physical presence, especially as COVID-19 keeps us at home. One of our favorite nicknames for Alvie was ‘Simply With’ because she was always nearby. In the Christian tradition, we believe in the incarnation of Jesus and we value the physical body. We bless the bread and wine, we anoint with oil, and we lay hands on people and animals for prayers. My wise colleague, Rachel, reminded me that we “live on a physical plane, and needing the context of touch provides the text of our life story.” Alvie’s nearness, and her absence, continues to be keenly felt. What is the text of my life story when she is not physically here?

As a priest and therapist, it was important to me to practice what I preach and truly mourn. The following can be useful for not only those who are mourning, but for those who want to pastorally support those who have suffered the loss of an animal companion.

In those first few weeks, we did not think about getting another dog, but then my husband heard an NPR article about people abandoning their pets because of COVID-19. He felt compelled to adopt another dog and we did. Sophie Grace is a pit bull mix and very different from Alvie. She has brought a renewed sense of purpose to our household in the midst of this ambiguous and fatiguing time, and I know we are not alone. Many are finding solace in their animal companions as they are trying to love their neighbor as themselves by sheltering in place. Both parishioners and clients have told me that their pets are seeing them through this difficult season. As Meister Eckhart wrote, “Every single creature is full of God and is a book about God. Every creature is a Word of God.” Our animal companions hold the Divine, and we honor them by valuing our bonds, both in life and in death. 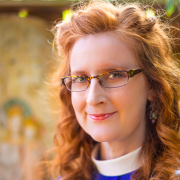 The Rev. Danae M. Ashley, MDiv, MA, LMFT is an Episcopal priest and marriage and family therapist who has ministered with parishes in North Carolina, New York, Minnesota, and serves as the Associate Rector at St. Andrew’s Episcopal Church, Seattle and as a therapist at Soul Spa Seattle, LLC (www.soulspaseattle.com). Danae uses art, music, drama, poetry, and movement in counseling, spiritual direction, and creation of ritual. Her interfaith Clergy Care Circles for therapeutic group spiritual direction directly supports diverse clergy in varied circumstances across the country. Danae's favorite past times include reading, traveling, dancing with wild abandon to Celtic music, and serious karaoke.