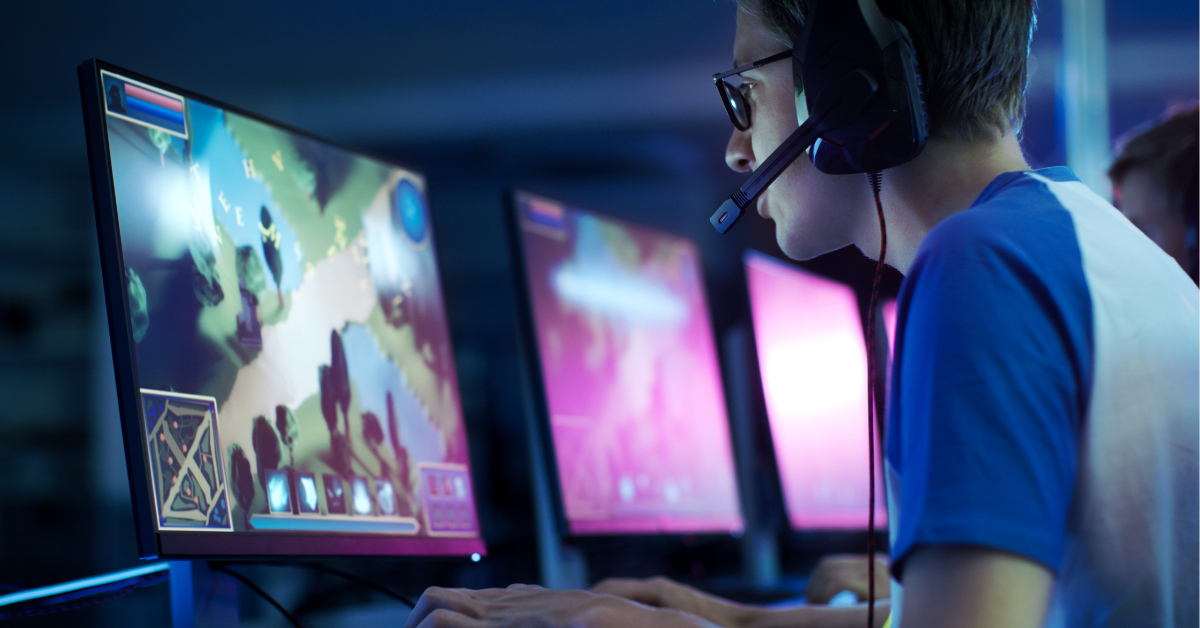 Jeff and Dustin are both pastors who out of their love for video games formed a ministry on Twitch, a streaming platform. On Twitch, Jeff goes by the name DrHeals and Dustin by Pastor Doostyn. Both minister in physical churches but added Twitch streaming to their ministry as a way to reach new audiences.

Pastor Doostyn has been in pastoral ministry for 12 years and got into streaming a little less than 2 years ago. He has been a gamer his whole life, in and around the culture of the gaming world but never in the PC gaming space. It wasn’t until his wife suggested streaming that he began to consider it. Pastor Doostyn knew the basic idea of Twitch and felt like God was putting it on his heart to pursue. When he got started, he only knew of one other Christian streamer but he met others fairly quickly and eventually got connected with an organization called God-Mode Activated (GMA), a Christian streaming organization dedicated to making family-friendly content.

At the beginning of each stream Pastor Doostyn says, “I’m a real pastor who plays Pokemon, Doom, and everything in between. All with the intention of sharing God’s love with the gaming world because I believe God loves gamers and so do I.” He said that this opening to his streams not only introduces himself to the audience but helps him stay focused on what the stream is all about. Aside from playing games on stream, Pastor Doostyn tries other things. He said he has preached some sermons, always has prayer time, hosts a segment called “60 second sermons,” and in 2020 had a project to read through every book in the Bible on stream.

DrHeals has been pastoring for about 8 years and been streaming on Twitch for 2 years. He realized he has a passion for outreach and showing people what a real life with Christ can look like. “You can still play video games and be a Christian,” he said. His journey into streaming began at a conference called Youth Pastor Summit and a group called Love Thy Nerd, which introduced him to Twitch. DrHeals said that games are a great way to connect with others and that they make it easier to have conversations.

DrHeals has an online presence that extends beyond Twitch. In fact, Twitch is only an introductory piece to his online ministry. He is also on YouTube and has a Discord community. He describes his streaming on Twitch as his outreach where he can have fun and make connections. He encourages his audience to visit his YouTube channel for more instructional content. DrHeals describes YouTube as his teaching platform. Outreach and instruction aren’t complete without discipleship, which happens over on Discord. DrHeals sees his Discord community as his discipleship ministry, a place where people can connect with each other and walk with each other in a life of faith.

Both DrHeals and Pastor Doostyn said they love the interactivity of Twitch. On Twitch there is a live chat for anyone who is watching to interact with the streamer and other watchers. DrHeals and Pastor Doostyn both love the ability to connect in real-time with their audience. It is a very different experience than preaching on stage or in a pulpit because the interactivity of streaming helps build relationships with the audience, which both men love. As they stream games, people will ask questions about faith or submit prayer requests. Those who are watching also interact in the chat with one another. The interactivity of Twitch helps build a community.

One practice that both Pastor Doostyn and DrHeals like doing on Twitch is called a “raid.” Raiding is when you send all your viewers over to another stream to support that streamer. It helps reach new audiences. Pastor Doostyn has used raids to give monetary support to people who may need it. Twitch allows streamers to collect tips and donations, but Pastor Doostyn doesn’t keep any of it. Instead, he saves it a month at a time, calling it the “Blessing Bank” and then gives it away at the end of the month, sometimes during a raid on another streamer’s channel.

Another piece of both of their ministries is a weekly show on Twitch called Pastors After Dark which is put on by GMA. It is a 2 hour show that streams on Sunday nights at 9pm CST on Twitch and is a time for people to ask a panel of pastors anonymous questions that cover any range of topics without the family-friendly filter applied. People have a chance to ask questions they wouldn’t normally feel comfortable asking their pastor.

Both DrHeals and Pastor Doostyn are engaging new frontiers of ministry and reaching audiences that may not previously have been considered. They are bringing the Good News with them and meeting people where they are. People are gathering more and more online and finding community. Online communities are very active spaces where people can come together and support one another in meaningful ways. Both Pastor Doostyn and DrHeals love how interactive streaming games can be, but they both also recognize the limitations: the community they build can be very fluid and transient. People come and go. Pastor Doostyn said it is like preaching for a parade. Despite the fluidity of their communities, both pastors have several stories of people’s lives being changed, where deep relationships have been built and where people come to know the love that Jesus has for them.

Loving and creating God, we give thanks for all the creative ways that people share the message of your love. Bless all those who are creating beloved community online. Bless their ministry and help them continue to find new ways to share your love with others. Give them wisdom and insight as they seek to share the gospel. Amen.