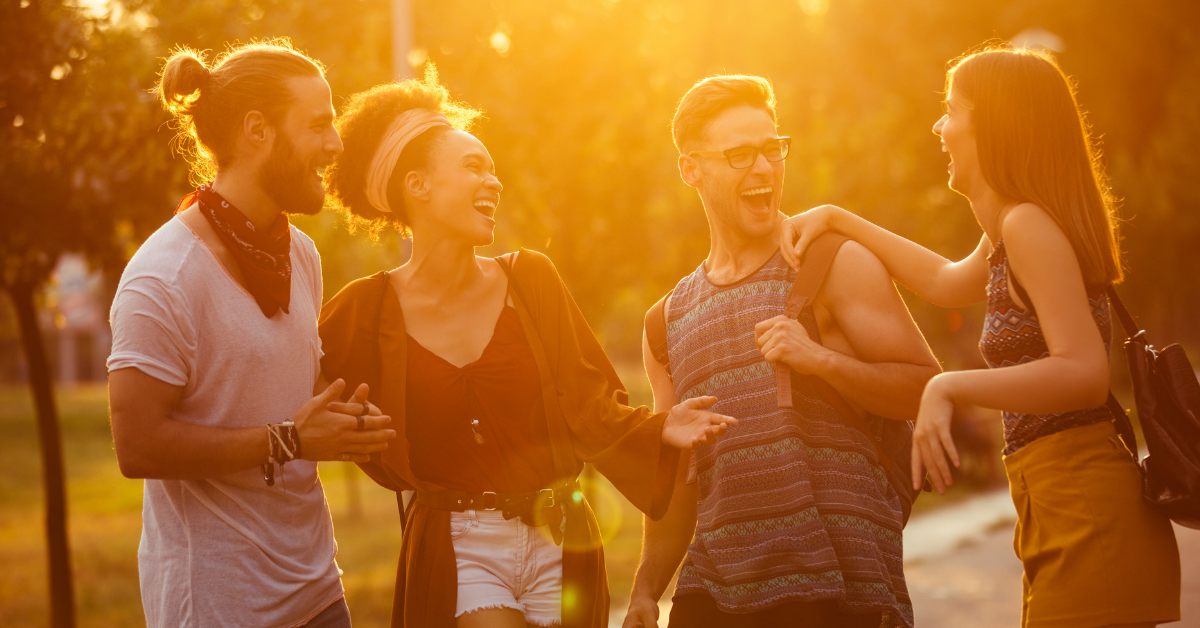 Faith+Lead is grateful for this interview with Lutheran deacon and author Ross Murray, about his new book Made, Known, Loved: Developing LGBTQ-Inclusive Youth Ministry.

Faith+Lead: How did you end up writing this resource for ministry?

Ross Murray: This resource comes from my experience creating and running The Naming Project, which is an LGBTQ youth ministry. Our main program is a queer church camp for teenagers, which we’ve been running since 2004. We created The Naming Project to meet the spiritual needs of LGBTQ youth, who were finding themselves torn between their faith and their identity. Because we were the first LGBTQ-focused youth ministry, we were very careful and intentional about everything we did.

After we started running our program, we started to get questions from pastors and youth ministers, asking questions about how best to do ministry with the LGBTQ youth in their congregation. Sometimes these questions came across as how to “deal with” an LGBTQ youth, and they were focused on logistical issues. Sometimes, they were a scenario about youth who had come out or were transitioning, wondering if there any particular resources that we could provide for them.

After responding to these questions, I wanted to find a way to proactively offer some of the advice that we learned through our work at The Naming Project. I also wanted to get past the logistical questions to start to hint at the assumptions and theology behind those questions. LGBTQ youth aren’t really a logistical puzzle to be solved but another way of understanding God’s creation. The book had been swirling around in my head for awhile, until I was able to take a sabbatical from my day job at GLAAD to sit down and write it.

Faith+Lead:Could you explain why this specific conversation is needed within youth ministry and congregational ministry?

Ross Murray: When we started The Naming Project, many of our denominations were fighting over the inclusion of LGBTQ people in the life of the church. But the fights were over very adult issues, like ordination and marriage. I was trying to remind people that LGBTQ youth have their own specific needs that our church could be addressing in the here and now. While knowing that marriage and ordination are options down the road are good, they don’t help you if you are wondering how to handle bullying at school or unaccepting adults in your life now.

And the reality is that LGBTQ youth are in our congregations, even if we don’t know it. They heard these fights over the adult issues and may have decided that the church wasn’t going to fully support them as adults. They heard the sermons, the debates, and the “controversy” of LGBTQ people, all while figuring out who God made them to be and what they are called to do in the world.

What’s interesting is that when we fast forward to today, the LGBTQ issues that are dominating our cultural conversation are now about LGBTQ youth. As I’m writing this, eight states have passed a ban on transgender students participating in high school athletics into law. Laws like that cut off transgeder youth from their peers and the character development that comes from participating in sports programs. Other states have criminalized doctors who provide transgender supportive health care, cutting off trans youth from caring adults in their lives. Some bills (not yet passed into law) have even punished supportive parents of transgender youth.

The voices that are driving these attacks on transgender youth often strongly invoke Christian language, and our churches are just trying to be safe spaces. I think it’s time that we understand that youth ministry also means ministry for youth who aren’t ever going to enter the doors of our churches.

Faith+Lead: The Naming Project is a camp, outside of a single congregation’s life. What are some of the ways you took into account the similarities and differences of a camp experience to congregational ministry in crafting this resource?

Ross Murray: First of all, I think camps like The Naming Project can complement and supplement an ongoing congregational ministry. I think of us as a set-apart place where LGBTQ youth can be in a safe community of others who are or have gone through the same discernment about who they are and how they relate to the rest of the world. In that way, we can strengthen and empower them to return to congregations with a renewed ability to articulate their identity to others.

The biggest similarity is the way that we as adult youth ministers, relate to young people. There are some things that get put into a different focus when doing ministry with LGBTQ youth. One is the commitment to believe what youth tell us about themselves, and treat them accordingly, until such time that they tell us something different. It is particularly hard for LGBTQ youth to articulate who they are because often we adults, both LGBTQ and straight, are looking at the world through our own lens of experience, instead of fully trying to understand who this young person is that God has placed in our lives.

LGBTQ youth can also make us examine the assumptions behind the way we traditionally do things. One of the most common questions we are asked is about housing and sleeping arrangements. Suddenly, the presence of an LGBTQ youth can make us ask ourselves why we ever relied on catchy youth ministry phrases like “Girls are pink. Boys are blue. Don’t make purple.” And if you used that phrase, don’t feel guilty about it, but wonder what it is you really want to say (which is often “don’t participate in sexual activity during church camp”).

Faith+Lead: Congregations who are already publicly affirming and explicitly welcoming of LGBTQ people are clearly an audience for your book and its content. Where else do you hope it will be read and discussed?

Ross Murray: I really hope that my book is read and discussed by congregations that are not already welcoming and affirming, because I think the need there is greater. I used to work for ReconcilingWorks, which is the Lutheran LGBTQ advocacy organization. I used to lead trainings for congregations going through the welcoming and affirming process. If a congregation has gone through that process, they often do start to examine assumptions and have their eyes opened to the reality of LGBTQ people, including LGBTQ youth. However, congregations that haven’t gone through that process may still be very unaware how they are unintentionally harming LGBTQ young people with their words and their actions.

I’ll get even more granular. I hope that someone in explicitly non-affirming churches reads this book, aware of the state of LGBTQ youth these days. I also hope that they read the news, to find the multiple ways that LGBTQ youth are under attack. I hope they realize that they may be contributing to placing a stumbling block in front of these little ones, and it turns their heart, even just a little.

I’m also hoping that this book will be used as a textbook for colleges and seminaries that provide ministry degrees. Instead of unlearning and feeling guilt over what we’ve done wrong, we can reach people at the beginning of their career and set them on the path to success.

Faith+Lead: Is there anything else you would like our readers to know?

Ross Murray: I’d love to let people know that The Naming Project is still operating as a resource to congregations. Like so many other ministries, we’ve had to adjust for COVID, and our plans for 2021 are more virtual, but we have registration open for our summer camp experience.

I’m also working on some worksheets to accompany the book to help ministers think through these questions for themselves and their congregational setting. If folks want to get those, they can sign up for my email newsletter at www.madeknownloved.org.