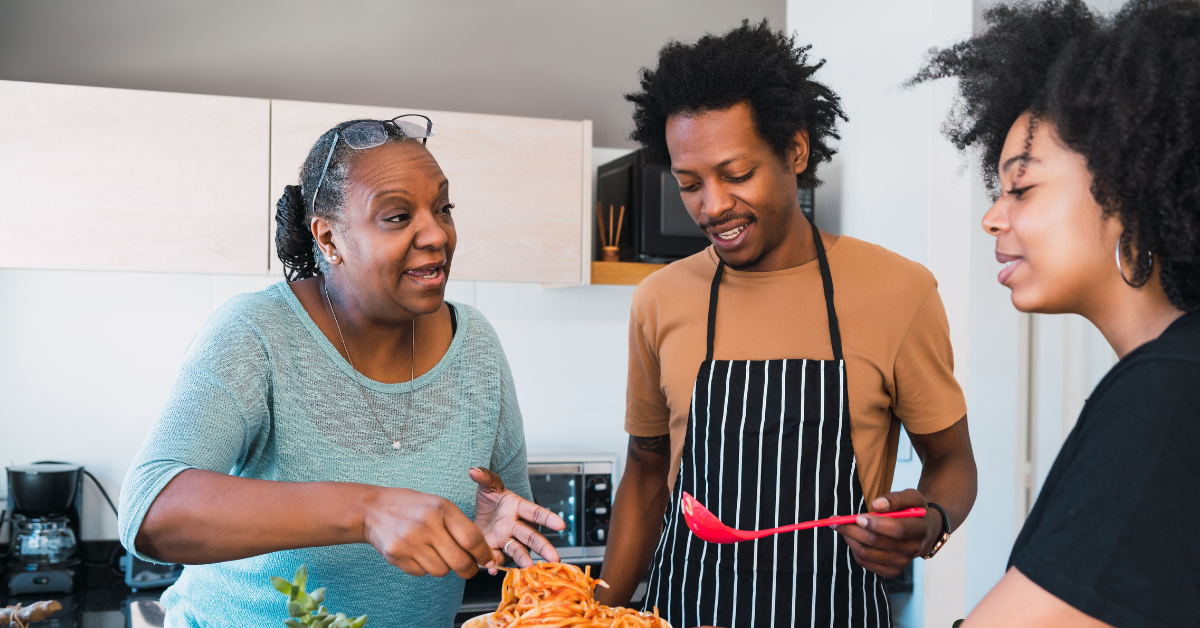 From Ghana to the US: A Story of Slavery and Reparations

Mary Ellen Gillam is my great grandmother.  Although she passed away on her 99th birthday, I don’t speak of her in the past tense as though she does not still exist because her legacy remains forever.  My fondest childhood memories include visits to Grandmother’s rural Mississippi home which still stands today. It’s only a shell of what it once was but her home and memories remain.  I can still imagine the taste of her fresh-out-of-the-oven homemade biscuits coated with homemade preserves.  I recall watching her mix the ingredients without any measuring tools, while wearing one of her beautiful hand stitched aprons.  She would knead the dough with more strength than I realized her thinning body contained.  She’d roll the dough, create perfectly rounded biscuit patties, tuck each one strategically on the baking pan, then place them in the oven.  The aroma would illuminate the atmosphere, teasing us children as we waited patiently for the biscuits to rise and be removed from the oven for our enjoyment.  I cherish these memories as they are the earliest recollections that I have of my family.

I also recall the rich family history Grandmother would share as she swayed in her wooden rocking chair.  She would gaze out of her large living room window, as though she could envision the happenings of the stories she shared with us.  One precious piece of family history included stories of her great great grandmother, Lou Ella.  It is a story which sometimes haunts me even today.  Lou Ella is not believed to be her birth name but is the only name Grandmother could recall.  As the story goes, Mother Lou Ella was a beautiful bright-skinned mother with long, black wavy hair.  She and her family lived along the dirt roads of Ghana.  It was in this place, the place she and her ancestors called home, the place she had grown to love, the place in which her identity was formed, that she was captured like a wild animal, and sold into slavery.  Mother Lou Ella and the other captives were said to have been marched like illegally enlisted soldiers down the dirt roads of Ghana, onto the slave ships, vanishing as though they never existed.  In one moment, Mother Lou Ella was free, the very next, she was raped of her freedom and cataloged as a slave.  The effects of this tragedy weren’t limited to Mother Lou Ella’s life.  Slavery altered the trajectory of my family forever and remains ever present today.

The Sin of Slavery

Slavery was an act legalized by the government in the early-mid 1600s. The intention of the United States government, which was never created to protect African Americans, rules today and fails in the same ways.  Slavery  considered  Africans and African Americans as  property to be bought, sold and given away.  Just like owning a dog, a person could legally own a human being.  As property, the slaves could be beaten, tortured, raped, and even killed by lynching with no repercussions – and the same things happen today.  In some cases, the slave was afforded the opportunity to “buy” back the freedom that was stolen from them.  How do you place a monetary value on one’s FREEdom? Think about that for a moment.

As we ponder reparations as a means to compensate African Americans financially for this immeasurable loss, understand that there is no amount of money that can restore what has been stripped from me, my fore parents and my current and future heirs.  The authentic identity of every heir of Mother Lou Ella was lost the moment she was snatched from her homeland.  The tracks of her journey became untraceable with each forced footstep onto the slave ship.  The whereabouts of her travels, the number of times she was bought and sold and even the location of her final resting place are known only by God.  I can’t tally the number of times I’ve wondered what my life would have been like had Mother Lou Ella remained free as God intended.  Would I now have a sense of genuine identity as an African?  A lifetime of authentic African culture that I could pass on to my heirs?  Would I have the privilege of living in a space where I belonged instead of struggling with racism in a world that would prefer I “go back home”?

Let us continue this conversation about financial compensation for slavery.  For this, I invite you to read attentively this excerpt from the article titled “Why we need reparations for Black Americans” authored by Rashawn Ray and Andre M. Perry:

“In 1860, over $3 billion was the value assigned to the physical bodies of enslaved Black Americans to be used as free labor and production. This was more money than was invested in factories and railroads combined. In 1861, the value placed on cotton produced by enslaved Blacks was $250 million. Slavery enriched white slave owners and their descendants, and it fueled the country’s economy while suppressing wealth building for the enslaved. The United States has yet to compensate descendants of enslaved Black Americans for their labor. Nor has the federal government atoned for the lost equity from anti-Black housing, transportation, and business policy. Slavery, Jim Crow segregation, anti-Black practices like redlining, and other discriminatory public policies in criminal justice and education have robbed Black Americans of the opportunities to build wealth (defined as assets minus debt) afforded to their white peers.”

Again, there is no amount of money that can reconcile the past injustices in any way.  However, reparations can offer countless opportunities for a better future.  Reparations can create opportunities to allow for business, economic, education, and social opportunities, particularly for those who are haunted most by the long-standing dehumanization of African Americans.

The same government system that allowed my identity to be stolen when Mother Lou Ella was forced onto a slave ship and left her beloved Ghana forever, can never fully repay me and my heirs, but their genuine effort of reconciliation would be greatly appreciated.

Join us in the Faith+Lead Learning Lab to discuss more.