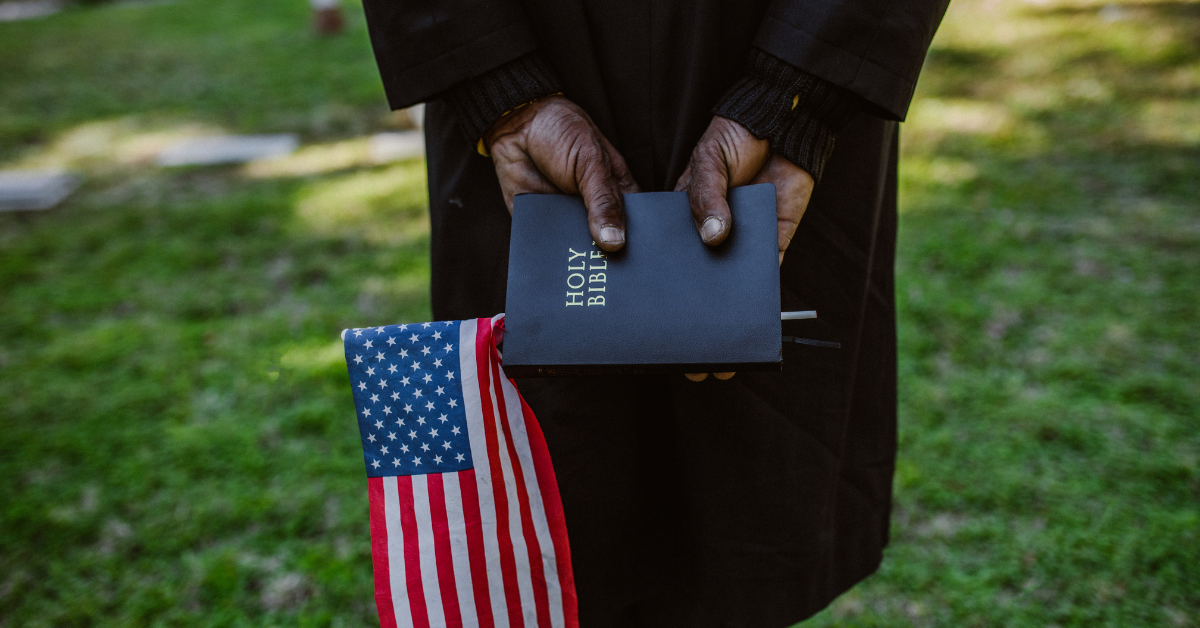 We asked church leaders in the Faith+Lead Learning Lab: “What are the spaces and opportunities you have to distinguish between patriotism and Christian Nationalism as a church leader?”

Leaders in both politically diverse contexts and more homogeneous ones each noted that although they recognize the serious need for such conversations, given all the stress of the moment, they may not have the energy to bring up what could be a contentious subject or just one that needs to be handled with care right now. Several participants expressed that how, when, and to whom they ask such questions are their main concerns.

Yet opportunities do present themselves:

When the flag moves locations, perhaps even during a remodel or for some other physical reason, it is an opportunity to talk about identity and belonging, which one leader says are at the heart of the division between patriotism and nationalism.

But how can we reengage those questions later, with those who weren’t around when that move was first made?

One congregation held a four week seminar on Christian Nationalism, based on various resources, recommending Andrew Whitehead’s and Sam Perry’s book Taking America Back for God and the series of podcasts on the website Christians against Christian Nationalism: https://www.christiansagainstchristiannationalism.org/

Current events and national holidays raise the issue. Multiple leaders from Canada noted that although the ethos may be different than in the United States, the recent uncovering of the bodies of hundreds of students buried at a residential indigenous school in Canada makes it imperative to speak about the roles of churches in the indigenous residential school system, and the dangers of church following state or vice versa. “Our Christian faith should give us tools to criticize and oppose the evil outcomes of patriotism when it leads to cultural genocide.” The U.S. had such schools too, and thus stories to hear and reparation work ahead of us.

An analogy: One leader shared, “One way I have come to think of our sanctuary and church that I hope may communicate to those who have a history of mixing nationalism and faith is of our church as an embassy for the Kin-dom of God. One might be confused and maybe even appalled if in seeking refuge in your nation’s embassy while traveling abroad you found inside flags of the local country and equal reverence and loyalty for the host country. You expect the embassy to be home ground, unqualified allegiance.So if someone visits our Kin-dom embassy (church) from another country, they will know they are in God’s place, and truly among fellow brothers & sisters.”

Join this conversation and others in the Learning Lab, our free and private social network for ministry leaders.