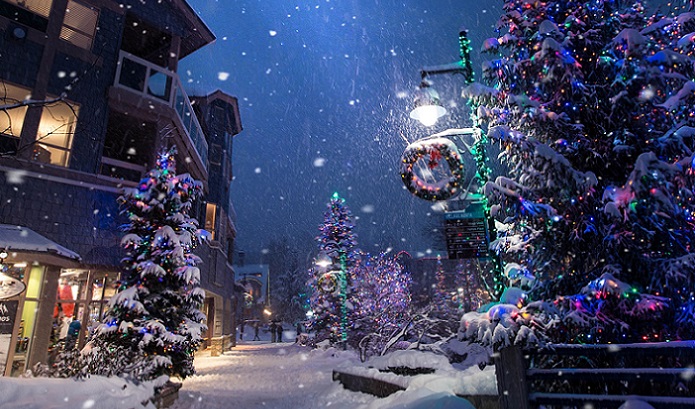 Christmas Was Not Always Like This (Part One: The Beginnings of Christmas)

The story of how Christmas has been celebrated in Christian history contains surprises for most of us. Read the first of our three-part series on the history of Christmas.
by Faith+Lead | December 13, 2019

This three-part series includes excerpts from an article written by Bruce David Forbes, former professor of religious studies at Morningside College in Sioux City, Iowa. They were originally published in the Fall 2007 issue of Word &World. You can read the entire article here.

Christmas Was Not Always Like This: A Brief History (Part One)

In modern America, Christmas is a beloved holiday, but it is also an occasion for great gnashing of teeth. Something seems to have gone terribly wrong. We complain that Christmas is too commercialized, too hectic, and not spiritual enough, that people often forget about the baby Jesus.

In response, we launch campaigns to “keep Christ in Christmas” and yearn for a return to the spiritual, wholesome, family-centered Christmas of bygone days. However, these sentiments tend to idealize the past, creating a golden age that never was. The actual history of how Christmas has been celebrated in Christian history contains surprises for most of us. It is a fascinating story in its own right, but it also offers background that can influence our struggles with Christmas today. If we seek a more meaningful Christmas, it is not especially helpful to base our solutions upon unrealistic nostalgia.

My life, like that of many others, is filled with fond personal Christmas memories, but a few years ago I started to give more scholarly attention to the topic when representatives at my college asked me to give a presentation about the history of Christmas for a daylong celebration that included our annual holiday concert. Once I started I could not stop, and one result became a brief book for general audiences, Christmas: A Candid History.

My research and writing demonstrated that many of my prior assumptions about Christmas were historically inaccurate. In this essay I summarize and discuss three of those assumptions, which I find relevant as we seek more fulfilling Christmas experiences individually and as Christmas becomes drawn into social and political arguments as part of today’s “culture wars.”

The Beginnings of Christmas

The first assumption of many Christians is that Christmas and Easter are the two most important observances of the Christian year. It was not always that way. The fact is that, for the first few centuries of early Christianity, there was no annual celebration of the Christ Child’s nativity at all. The focus instead was on the death and resurrection of Jesus. The expectation that Jesus Christ would return soon, at any time, and the examples of Christian martyrdom in times of Roman persecution helped accent an emphasis on death and resurrection themes.

As evidence of what was emphasized in the early church and what was not, compare the emphasis given to Christmas and to Easter in the four gospels of the New Testament. Only two of the four gospels give any significant attention to a nativity story. The Gospel of Mark begins with John and the baptism of Jesus, who by that time was already an adult. It totally skips a Christmas story. The Gospel of John includes an elegant passage declaring that “the Word became flesh and lived among us” (John 1:14), but it contains no story of a baby in a manger, no shepherds, and no wise men.

I was well into adulthood before it dawned on me that virtually all of the New Testament readings at Christmastime came from only two of the four gospels, and even then, they told two stories with quite different details. Matthew’s account includes the star, the wise men, and the flight to Egypt, but no shepherds. Luke’s version has the shepherds and the multitude of angels, but no star or wise men. And except for Paul’s one comment about Jesus being “born of a woman” (Gal 4:4), the entire New Testament contains no additional references to the nativity story.

Because Christmas has become such a major Christian celebration today, it is difficult for us to step back and realize how little attention the New Testament gives to the birth of Jesus. When Christians eventually began an annual nativity observance, they had to bring together the tidbits in Matthew and Luke and then add all sorts of later traditions in order to create a full story.

The Eastern church began January 6 Epiphany observances sometime in the third or fourth centuries, lifting up many ways that Jesus Christ was made manifest in the world. Such Epiphany celebrations variously emphasized Jesus’ baptism, public miracles by Jesus early in his ministry, and yes, his birth. The earliest church in the West, centered in Rome, had no equivalent Epiphany observances.

The first documented mention of the celebration of Jesus’ birth by the Western church appears in the Philocalian Calendar, also known as the Chronograph of 354. It is a collection of documents, something like an almanac, and some of the included texts may date back to 336. Thus, by either 336 or 354, Christians in Rome were celebrating Jesus’ birth on December 25. The practice may have begun somewhat before that, but this document is our earliest surviving evidence.

Bruce David Forbes is a former professor of religious studies at Morningside College, Sioux City, Iowa. He is the author of Christmas: A Candid History (University of California, 2007) and the co-editor of two other books about religion and popular culture.

Go deeper with these articles from Word & World, Fall 2007:

Photo by Roberto Nickson on Unsplash