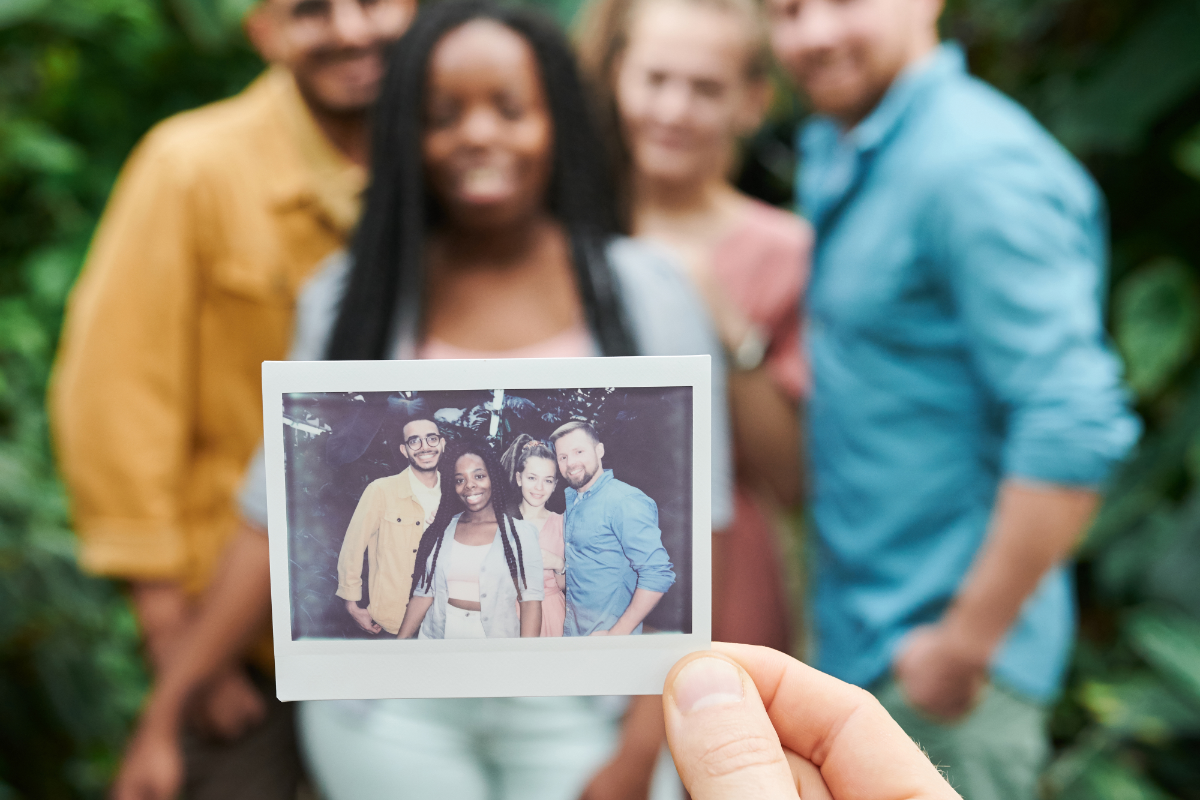 Can a Church Leader Be a Good Friend?

Challenges to forming friendships with the demands of ministry
by Faith+Lead | August 20, 2020

By Rev. Dr. Beth A. Donaldson

This post originally appeared on LeaderWise as “Good People Are Good Friends: Preach It!” and is published here with permission.

In my almost twenty years as a preacher and pastoral caregiver as a local church minister I have proclaimed the good and salvific nature of community and right relationships regularly. I have shared story after story of how loving relationships, including friendships, matter in our world—of how we are called, as human beings, to be in communion with one another and how we, at our best, can express our faithfulness to God through our faithfulness to one another. I have never doubted the value of deep and abiding relationships, and have strived to show each member of every church I have served that they are important to God by any variety of expressions of care, compassion, and valuing I was able to share. I believe in the transformative power of friendship and encourage people to work through challenges in friendships and other relationships with hopeful integrity. Friendships, from casual to deep, are at the core of what I believe can and will change the world. It is, in fact, in part because of this belief, that I am a minister of the Gospel of Jesus Christ.

A few weeks after the end of my most recent sabbatical I had occasion to gather with other clergy from my conference. I looked around the room as I entered it and became aware of an overarching sense of resentment and sadness that I felt as I took inventory of who was there. There was Sue (not her real name), whom I had tried to contact at the beginning of my sabbatical through email, but who had never gotten back to me. There was Sam, whose turn it was in our months long game of phone tag. There was person after person in that room whom I had desired to connect with, or with whom I had perhaps already had some connection and was trying to cultivate and deepen that connection.  But for each of those same people, in turn, it had been months since I had heard from them. My immediate and admittedly insecure response was to believe that I was rejected by them all and that there was something wrong with me. I wanted to leave the gathering in an indignant huff—my conscious thought was, “These people are bad friends!”

Then, by some miracle of grace, I remembered the months and years before my sabbatical, when I had not been able to remember to return phone calls and emails from my colleagues because there were so many more pressing things to deal with on any given day. I remembered how delinquent I had been on many occasions in responding to other people wanting my time, whether professionally or socially, but how I had neglected to do so for those who might be or might become my friends. I remembered! I remembered what a bad friend I had been to many of these same people.

As I realized this truth, looking around the room and remembering that most of the times I had enjoyed with my colleagues had been genuinely good— authentic and rich in conversation, and humor, and compassion—I considered what it was that had caused me not to return their phone calls more quickly and readily. The answer was not hard to discern, and I’m fairly sure it rings true for many clergy.

The Demands of Ministry

I spend so much energy opening my heart and schedule to the needs and concerns of my congregation and to my responsibilities as a local church minister (including work related to the conference, the nearby seminary, and any other greater church and community work) that my plate is daily more full than I can manage, and I am usually functioning in a mode of taking care of the most pressing and immediate concerns at best. Time with friends regularly falls off the plate. I also realized that as a compensated introvert (someone who has developed her extrovert side in order to function well in work that requires her to be with and in front of people much of the time,) the little time I do have “free” I will often give to being alone for my own renewal. The energy needed to not only find the time and arrange the location, but also actually be with others, even if socially more renewing in some ways, is exhausting. Thus, the energy it takes to develop friendships in this line of work is often not spent; the ball is often dropped… the call is often not returned… the email goes unanswered… and clergy find themselves to be, in effect, bad friends.

The statement, “good people, bad friends” might thus seem to be obvious. But I have mentioned this perception to colleague after colleague and have seen them come to the realization that this is actually true, and not good. I was stunned when I realized that I was a bad friend! As obvious as it seems, it did come as a surprise.

And, it came as a deep disappointment to my sense of integrity. How can I, who preach about the value of friendship almost every Sunday, in one way or another, be so untrue to what I preach?

Bad Friends: The Demands of a Professional Ethic

I then also reflected on the bigger loss relating to friendship that has come with pastoral ministry, leaving the church behind. Our professional ethics, which I have touted and supported in my role on more than one committee on ministry of the United Church of Christ, demand that we almost completely sever ties with churches when we leave. Our code of healthy boundaries says we should remove ourselves from all relationships with members of the church we are leaving in order for the minister who follows to have room to develop relationships and establish his or her identity in that context.

For me, this, combined with the challenging reality of needing to forge new relationships with my new congregation, meant that after serving a very loving and generous community for ten years, when I left, I had neither the permission nor the ability to continue to relate to people with whom I had felt close. Even though I had allowed friendships between myself and all the members of the church while I was their pastor, believing that friendship was a part of how I could be a transformative leader, I neither wanted to communicate any favoritism among that community (which I had worked hard to avoid all those ten years), nor did I want to be a problem to my successor when I left. So, in reality, I, as politely and lovingly as I could, cut all ties with this wonderful group of people, and in effect, I abandoned my friends!

Bad Friends: The Result of Burnout

Finally, when I had been at my current setting for the requisite six years before my sabbatical came along, I found myself completely disinterested in other people. I worried, in those last months leading up to my time of rest, that I had become a bit pathological. I could hear stories on the television or radio of sad and tragic events in the lives of others or would get word from loved ones who were suffering or struggling, and in turn, I struggled to muster any real concern or interest. I felt disconnected from my own ability to feel; I couldn’t find my compassion any more. I felt numb much of the time. Yet I preached compassion every week and continued to meet the needs of my congregants. I found myself increasingly disconnected from any true desire to commune with others, and had not only no time, but also no interest in trying to be with friends.

After two months of doing almost nothing productive and getting a good amount of rest, during the third month of my sabbatical, I found it thus revelatory to discover actual feelings of interest in other people again. I rejoiced to actually find curiosity and concern for others returning to my thoughts, soul, and spirit. I was surprised to want to write letters and make phone calls, and I was so grateful to realize that I was not actually an unfeeling psychopath—but that I had been exhausted in a way I had not known possible. I had become a bad friend because I had nothing else in me to give.

Clergy: Good people; Bad Friends! It would be a cute phrase if the implications of it weren’t so critical to our population and calling. How do we reconcile that the work we do results in the opposite effect of what we are hoping to create for others in our own lives? How do we counter the effects of shame and low self-respect that often come along with failing to do what we proclaim to be so essential to our faith and so redemptive to person and community? How do we claim for ourselves what we are offering others, when there are so many obstacles to healthy friendships inherent in our work and professional ethics? Where do we find the friendships we need, and the ability to be the friends we want to be, while at the same time doing the work we love and to which we feel so called? Do these issues point to the fact that clergy can only be good friends if we are bad people (we don’t fulfill our commitments to good boundaries or workload)?  Or do these issues imply that we can only be “good people,” (i.e. good clergy,) if we continue to be bad friends? How do we find a balance between our passion for ministry, and our need for renewal through friendships as well as other endeavors?

As a person who has never been married, it is my fantasy that being so would make these issues less true. But my perception and the experiences shared with me by colleagues indicate that the issue of friendship is one with which the spouses of clergy also struggle. Clergy spouses deal with a myriad of issues that need to be brought into the dialogue about this issue, including

These are just some of the ways that this issue is complex and in some cases compounded for the spouses of clergy.

About the Author
Rev. Dr. Beth A. Donaldson is the lead minister of United Church of Christ New Brighton. She is the daughter of UCC medical missionaries to Zimbabwe (then South Rhodesia) and considers herself a citizen of the world and a “global nomad.” Her early experiences of Christian Community have influenced her vision for what is possible when people of faith work together in shared purpose and love.