Ministry leaders are called to connect children and youth with helpful resources—as well as caring adults that will affirm and nurture them as they grow in faith. But after 18 months of pandemic realities, many leaders feel like they’re out of energy and ideas. If you’re looking for an injection of enthusiasm, join this hour-long conversation with Ross Murray and Dawn Rundman about ways to infuse your youth and early childhood ministries with new perspectives and much-needed inspiration.

Ross Murray and Dawn Rundman have known each other since the 1990s. Their work has supported congregations by providing media training and education at GLAAD (Ross), developing Sunday school and confirmation curriculum (Dawn), designing a camp for LGBTQ and allied youth (Ross), speaking about faith and science (Dawn), and writing books (both of them). Together they share a deep love of summer camp and the way it cultivates generations of church leaders.

We hope you'll join us 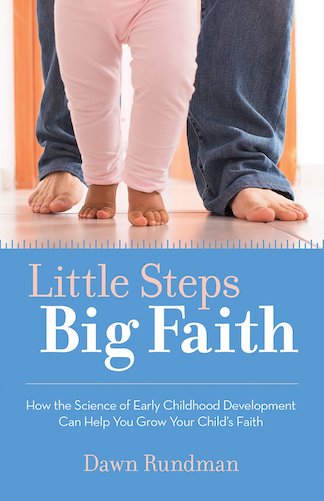 Little Steps, Big Faith: How the Science of Early Childhood Development Can Help You Grow Your Child’s Faith

From brain science to language development and social skills, we've never known more about how children's minds develop in the first five years of life. Yet with all the information available, Christian parents may find themselves confused about how to apply these learnings to daily life with their children. In Little Steps, Big Faith, early childhood expert Dr. Dawn Rundman navigates the research to arrive at surprising insights about how very young children experience God, and how parents can use science to teach faith.

Released in 2019, this book is what happens when a Lutheran summer camp staffer gets a Ph.D., spends six years as a professor, has two kids, and envisions how an understanding of developmental neuroscience could revolutionize how we shape the baptismal identity of young children. Throughout the pandemic, Dawn has focused on how congregations can rethink early childhood ministry once it is safe for families to gather together again.

Through the debates about the inclusion of LGBTQ people in the life of the church, one overlooked community is LGBTQ youth. Made, Known, Loved: Developing LGBTQ-Inclusive Youth Ministry builds on experience and wisdom cultivated through The Naming Project, a ministry created at the intersection of youth, faith, and LGBTQ identity.

The book first helps congregation leaders and parents examine the values of the congregation and youth group. It focuses on keeping young people, including LGBTQ youth, safe and helping them feel respected and see beyond themselves as beloved children of God. The book also provides a how-to manual for LGBTQ-inclusive youth ministry, sharing the best procedures and practices from the fifteen plus years of The Naming Project’s ministry, including its ongoing summer camp.

Learn More
When we talk about the need to shift models of ministry, that includes the resources we use and the ways we think about and practice faith formation. Our children and youth are constantly evolving, and how we reach them and teach them should be too. 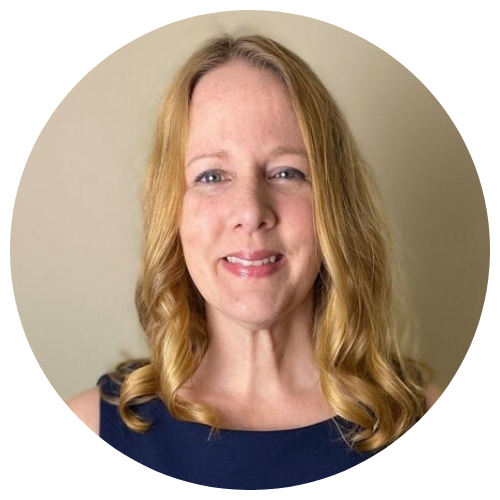 Dawn Rundman holds a Ph.D. in Developmental Psychology from the University of Oregon and was Associate Professor of Psychology at Concordia University—Chicago for 6 years before pivoting to the vocation of publishing. She is currently the Director of Development for Faith Formation Resources at Sparkhouse and Augsburg Fortress, two publishing imprints of 1517 Media. Since 2002 she has developed over 20,000 pages of faith formation curriculum and five Bibles for kids, including Frolic early childhood resources published by Sparkhouse. She’s also written three children’s books: Alphabet Adventure, Uri and the Very Busy Day, and Jo and the Not-So-Little Lie. In 2018 Dawn released her first parenting book titled Little Steps, Big Faith: How the Science of Early Childhood Can Help You Grow Your Child’s Faith.

Dawn loves the thrilling intersection between faith and science. She writes, speaks, and teaches about early childhood faith formation and the ways that congregational communities can welcome the presence and gifts of the little ones in their midst as fellow workers in the kingdom of God. She also presents on the topics of preteen brain development, welcoming church spaces, and evidence-based self-care for church leaders.

Dawn lives in Minnesota’s Twin Cities with her husband/prom date/current seminarian Jonathan and their two teenagers. When the pandemic began, they created, produced, and filmed 8 episodes of Family Sunday School by Sparkhouse, garnering over 40,000 views on YouTube and solidifying their children’s church nerd status. They also enjoy playing Nordic folk music together as a family band. 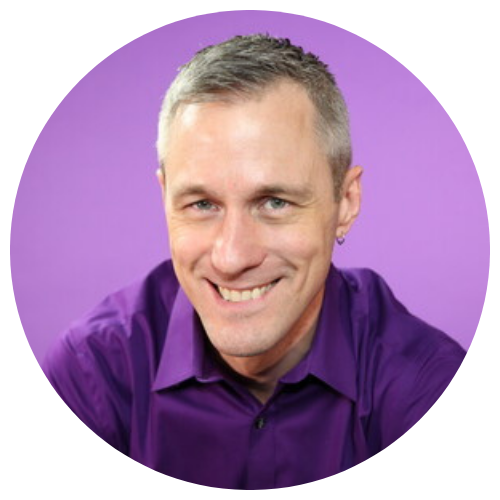 Ross Murray is the Senior Director of Education & Training at The GLAAD Media Institute, which provides activist, spokesperson, and media engagement training and education for LGBTQ and allied community members, the media industry and advocacy organizations desiring to deepen their media impact. Ross uses the best practices perfected by GLAAD to train a new generation of advocates in order to accelerate acceptance for LGBTQ people, as well as other marginalized communities. Ross is also a founder and director of The Naming Project, a faith-based camp for LGBTQ youth and their allies. The Naming Project has also been the subject of much media, including the award-winning film Camp Out, as well as the controversial episode "Pray the Gay Away?" of Our America with Lisa Ling.

Ross has secured national media interest in stories that bring examples of LGBTQ equality across diverse communities in America. He specializes in the relationship between religion and LGBTQ people. His book, Made, Known, Loved: Developing LGBTQ-Inclusive Youth Ministry is avilable from Fortress Press. Ross has also contributed to two books focused on LGBTQ Christian youth: Queerfully and Wonderfully Made and Welcoming and Affirming. He has written and appeared on numerous media outlets, including CNN, MSNBC, Al Jazeera, USA Today, The Washington Post, Huffington Post, and Religion News Service. Ross is a producer for the "Yass, Jesus!" podcast, a faith and sexuality affirming podcast that believes you don't have to pick between gay and God. Hosts, Daniel Franzese (Actor, Mean Girls, Looking) and Azariah Southworth (former host, The Remix on TBN) meet each week in this hilarious take on a Sunday service to explore big questions and find out what it means to be a Christ-loving member of the LGBTQ community during these divided times.

Ross is a consecrated Deacon in the Evangelical Lutheran Church in America, with a specific calling to advocate for LGBTQ people and to bridge the LGBTQ and faith communities. In 2014, he was named one of Mashable's "10 LGBT-Rights Activists to Follow on Twitter."

Are you an author whose book could be of value to the Faith+Lead audience? We might be able to feature you during an upcoming Book Hub event! Contact us to learn more.

Discover new ways of thinking about and practicing faith formation.