Laura Wilhelm describes how her congregation’s context developed a local practice of having practically empty offering plates.
by Center for Stewardship Leaders | June 25, 2019

The word “context” comes up a lot in seminary. In today’s post, Laura Wilhelm describes how her congregation’s context developed a local practice of having practically empty offering plates. As she explains, it didn’t happen overnight. Plus, they love it!

We’ll be taking a summer break next week, but keep on the lookout the following week for more stewardship wisdom. Plus, I’m looking forward soon to be able to share some exciting plans for the newsletters moving forward.

Our congregation’s offering plate is often nearly empty on Sunday mornings. You might think this indicates devastating circumstances for our congregation, but the opposite is actually true. Congregational giving is over-budget, more regular, and has increased an average of 25% over the same period from last year. The reason? Approximately 95% of those who give have signed up to have their offering deducted directly from their bank account on a regular basis. As a result, even if a member isn’t in church on a Sunday, their offering still is.

This transformation didn’t happen overnight — it took a couple years of creative (re)thinking and information-sharing by the “Generosity Network.” That’s the name for what was previously the stewardship committee. The Generosity Network functioned almost like a marketing agency implementing an ad campaign, with logo design and goal-setting. Two goals were established: (1) Build a higher expectation church — in order for people to put a lot into the church, the church needs to expect a lot from the congregation and (2) provide a narrative overlay to the usual line item budget.

Additionally, a tagline was developed: Powerful Church, Transforming Lives, Changing the World. With the tagline in hand, a process was initiated that relied heavily on church members’ input. The goal was to actively engage at least 60 of the 80-90 adults in the congregation in this process. Over the fall, 51 people met in small groups around members’ tables and proposed a large variety of ways to measure the congregation’s impact on their lives. Then through a “town hall” meeting, the results of the small group gatherings were further refined. We focused on what was important in members’ lives and how the church fits in. Goals for the congregation were established – what do we want to see happening in our congregation? These goals included having every member participate in a social action in some way each year, faith education for kids, growth in giving, more small group gatherings, and regular testimonies (storytelling/narratives) by members of the congregation.

It’s an understatement to say that talking about money still isn’t easy. It means taking a risk and a willingness to open up to each other. We’ve found it liberating! A testimony shared by one member included information usually considered private, including salary, giving, debt, and account totals.

I realized that I would have a very hard time sharing the same details! And that’s okay, but this testimony provided an opening for continued, deeper conversations about money. Another member shared how she developed the approach that she should give until she felt some discomfort but not resentment. Another person talked about how, when he was a child, his parents influenced the philosophy of giving that has shaped his adult life. These people (and others) took a risk in sharing some of their personal views about money.

Accepting empty offering plates was also a risk. Empty usually means something negative; empty pews, empty nest, empty heart, empty life…. We had to figure out what to do with a mostly empty offering plate, how to name this possibly dispiriting image in the midst of our worship service and explain it’s positive significance, especially to visitors. It’s been an adjustment for ourselves, becoming comfortable with the empty offering plates. As a result, we’ve developed a brief explanation about our giving practices, which is used as an introduction to the offering at each service. We note that contributions are given to the church in a variety of ways and that giving isn’t all about money. And we suggest that the offering portion of the worship service is a time for contemplation — not about the empty offering plate in front of us, but about the fullness of God’s love all around us.

Laura Wilhelm serves as the Director of the Tithing and Stewardship Foundation at the Lutheran School of Theology at Chicago. She is a member of St. Luke’s Lutheran Church of Logan Square in Chicago and a former member of its Generosity Network.

Author information was updated as of the article’s post date. Author profiles may not reflect author’s current employment or location. 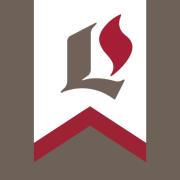