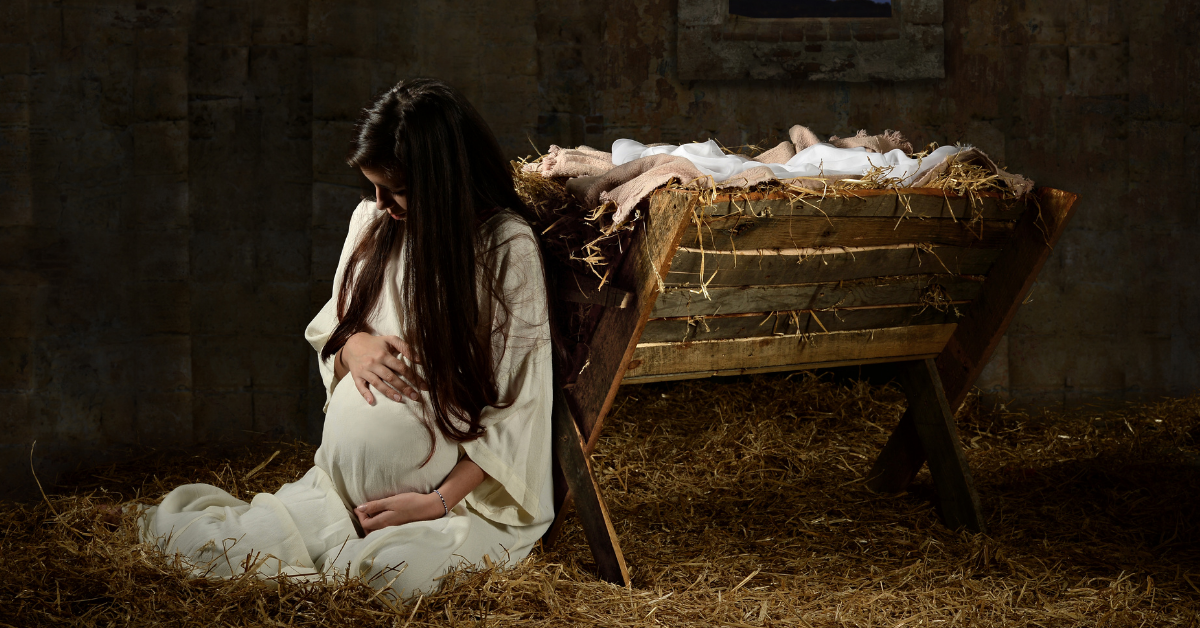 Advent: Mary Sings an Old Dream and a New Economy

The Magnificat as an opportunity for stewardship leaders
by Faith+Lead | December 14, 2020

By The Rev. Mieke Vandersall

This year Mary’s song, the Magnificat in Luke, struck me in a new way. Mary is proclaiming a new economy, just like her son Jesus does throughout his life. She sings,

He has brought down the powerful from their thrones,

and lifted up the lowly;

he has filled the hungry with good things,

and sent the rich away empty.

Mary is not concerned with how we think of rich and poor in the 21st century United States. She lived in the 1st century Roman Empire where…

There was something wrong with this picture. And Mary, with a baby in her womb that could result in her being stoned to death, proclaims a reality that equalizes the Roman Empire. Her song proclaims a topsy-turvy beautiful new reality for all people. Mary proclaims God’s economy.

I traditionally think about Advent as being boiled down to the words of hope, love, joy and peace, but upon further examination, those words have much greater meaning. If I really think about what they mean, then the new economy Mary has the guts to sing about is required for hope, love, joy and peace to be a reality. These words cannot be a reality without the vision she proclaims.

What an incredible opportunity we have to take these words seriously and use them as the basis for the way we engage in fundraising in the church. Can our fundraising seasons be times for modeling this recalibration? Can each of us, no matter where we fall along the poor to rich spectrum, use some healing in our relationship with our own class identities, and can the church have something to do with this? Can the church as a body extend the boldness of Mary and proclaim a new topsy-turvy reality? Might we all be liberated as a result of it?

Fundraising can be experienced as drudgery. The biggest drudgery of all the drudgeries. The more I read the Bible, however, the more I wonder if our concept of raising funds, of collecting money and possessions for redistribution, has the potential to be a transformative experience, not only for us individually but for the whole church.

Several years ago I was an interim pastor in a lovely little congregation. During my time there this hit me: we said no words when it came to the offering. A basket went around the congregation, people put money into it, we sang, and that was that. For people who don’t know this strange practice of the church, this must be terribly confusing. Even if a few words are said before baskets are sent around and a prayer is said afterwards, it is rarely very clear, or inspiring. Why put money in that basket? Where does it go? What do we do with it?

What if, instead, this time of raising and sharing of funds [just calling it what it is] could be a central act in our work towards a new reality? A new reality that in actuality is a very old dream, a dream that extends long before Mary’s time—a dream Jesus picked up as his life’s mission? If this dream, this song, has lasted as it has for so many generations, so many thousands of years, there has to be something to it! There has to be something that we, in the end, all desire. So, what if the church is the vehicle to get us there?

About the Author
The Rev. Mieke Vandersall is Principal Consultant at Vandersall Collective and Pastor of a new worshipping community called Not So Churchy.